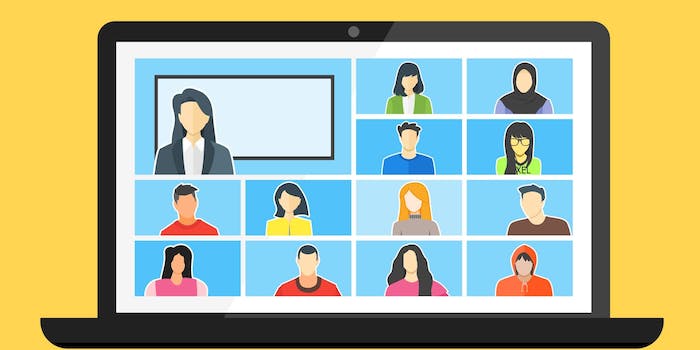 Probably not what they expected would happen during an election meeting.

The meeting, which was hosted on the now-extremely popular web conferencing software Zoom, was about details of Indiana’s rescheduled primary election.

Many schools—because they have shifted to online learning because of the coronavirus—have reported classes being Zoombombed.

As Zoom has risen in popularity, a swath of privacy and security concerns have been raised. Advocacy groups have flagged issues ranging from bugs being found in the software that could potentially expose users’ passwords to its misleading claims about end-to-end encryption.

Both advocacy groups and lawmakers have urged the Federal Trade Commission (FTC) to investigate the company.