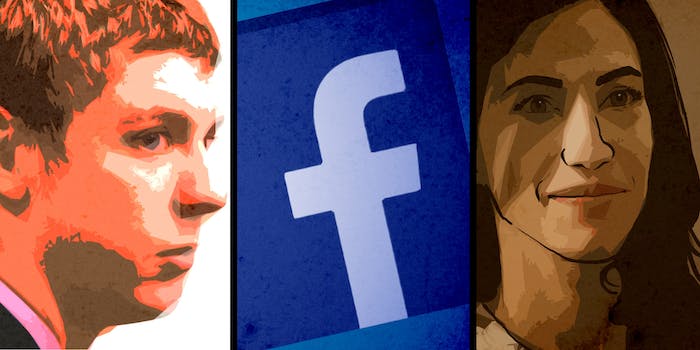 Important news you may have missed on Monday, Aug. 29.

Twitter refuses to comment on its policy of censorship affecting Turkish citizens. As previously disclosed by Layer 8 reporter Efe Kerem Sozeri, the micro-blogging site has begun censoring journalists in Turkey by order of the Erdoğan government. But Twitter has set a new precedent, legal experts say, by also censoring users for retweeting and ‘liking’ the content of banned accounts.

Huma Abedin announced Monday that she intends to separate from her husband, Anthony Weiner, who’s embroiled in yet another sexting scandal. “After long and painful consideration and work on my marriage, I have made the decision to separate from my husband,” Abedin, a longtime aide to Hillary Clinton, said in a statement.

The Clinton campaign has started using Signal, a popular encrypted messaging app which is also a known favorite of NSA whistleblower Edward Snowden—a fact Clinton staffers were reportedly made aware of in meetings.

Hackers broke into election databases in Arizona and Illinois this summer. The personal information of 200,000 voters was exposed and malware was reportedly installed on Arizona’s systems. As a result, Homeland Security is offering increased aid to election cybersecurity.

For those with a professional interest in cybersecurity, we’ve prepared a handy salary guide just for you.

Fraudsters can easily empty your bank account using a relatively cheap device. Learn how to protect yourself against credit card skimmers by following these simple tips.

Brock Turner, a former Stanford student found guilty of three counts of sexual assault after raping a woman, will be released from jail after serving only three months of his six-month sentence. Turner’s early release makes it “all the more painful to people who see his trial as a symbol of everything awful about white privilege and rape culture,” IRL’s Jaya Saxena writes.

Days after Facebook announced its trending news section would no longer be curated by human editors, a hoax story trended across the platform announcing Fox News host Megyn Kelly is “on the way out” because she “seems to be a closet liberal who actually wants Hillary to win.”

Gene Wilder, star of Willie Wonka & the Chocolate Factory, is dead at 83. On Twitter, comedians, writers, and actors shared their condolences and favorite memories.

We’re right behind you, Gene.

Gene Wilder is remembered for melding heart and humor in a multitude of roles. —via Brian Truitt, USA Today

Your company’s IT guy can pretty much see everything you do online at work. Here’s a list of steps you might consider if you don’t want to be spied on. —via Jake Swearingen, New York Magazine

The FCC won’t appeal a recent court decision nullifying its power to promote municipal broadband. The case is a significant victory for Comcast, Verizon, and other telecoms battling local community broadband efforts. —via Sam Gustin, Motherboard

Trump’s response to scrutiny over his doctor’s letter on Friday was to demand Clinton release more of her health information. —via Aaron Blake, Washington Post

It’s no longer safe to assume people who vote for marijuana legalization are going to vote Democrat. —via Will Greenberg, Mother Jones