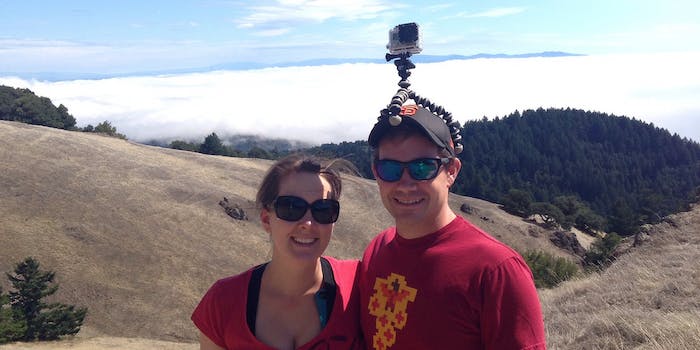 Did Microsoft just invent the antidote to shaky GoPro videos?

Where was this when we were all rewatching The Blair Witch Project.

First-person videos are a great way to experience everything from mountain biking to roller coasters. Unfortunately, every tiny jolt of the camera is very noticeable in these videos, making almost every last one look like it was filmed during a major earthquake.

Fortunately, some Microsoft developers have worked out an algorithm that turns these first-person views into smooth—and thus, far more epic—masterpieces.

An algorithm developed by researchers Johannes Kopf, Michael Cohen, and Richard Szeliski manipulates the video in such a way that not only speeds up the footage, but also removes camera shakiness by mapping out a path within the images. They released an example of their early work, dubbed “hyperlapse,” on YouTube.

According to Microsoft, they hope to have a version of the algorithm available for Windows very soon.

If this technology becomes used regularly, hopefully it will make extreme videos a lot less vomit-inducing (well, in terms of mechanics, anyway; the actual content might be insane enough to make you puke).

Image via Chris Martin/Flickr (CC BY 2.0)