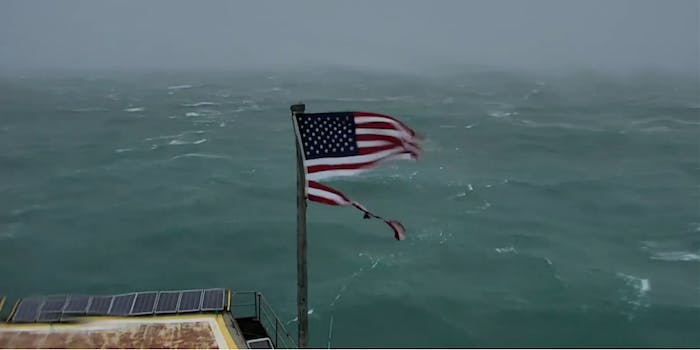 How to watch a livestream of Hurricane Florence

Hurricane Florence is churning toward the Carolina coast, and there are a couple of ways to livestream the incoming storm.

Nature cam site Explore.org set up a livestream from the Frying Pan Cam, which is stationed 34 miles off the coast of Cape Fear, North Carolina. As of Thursday afternoon, the stream shows an ocean view with an American flag in the foreground.

Since the storm started rolling in and winds have increased, the flag has deteriorated quite a bit. As noted on Explore’s Facebook page, “The owners of the tower had to evacuate to safety rather than take a boat out to take down a flag.”

The livestream is here. Warning: It is loud.

A Hurricane Florence channel on YouTube is also streaming five different views from North and South Carolina, including the Frying Pan Cam.

The app CrowdSource Rescue, which helped rescue thousands after Hurricane Harvey, is being prepped for use during Florence.