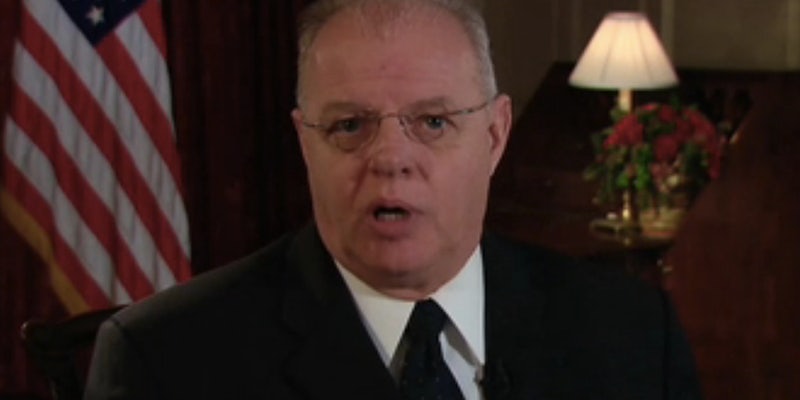 Howard A. Schmidt was credited as a major force in President Obama’s stance against the CISPA.

A man who seems to have been a major force in President Obama’s stance against CISPA has suddenly retired.

President Obama’s advisors have a mostly strong track record when it comes to echoing Internet activists’ concerns. When a White House petition against the Stop Online Piracy Act (SOPA) and Protect IP Act (PIPA) reached 50,000 signatures, it was Schmidt, on Obama’s behalf, who helped author a statement against those bills.

Obama also has released two major statements in favor of Internet rights: one an outright promise to veto the controversial CISPA, and a so-called Internet Privacy Bill of Rights that’s currently before the senate.

Although neither of those documents have named signatories, it’s fair to assume Schmidt had a hand in them—particularly the threat to veto CISPA. In its conclusion, that statement said, “[Obama’s] senior advisers would recommend he veto the bill.”

Schmidt appeared to have a particular vendetta against CISPA. The former head of security for both Microsoft and eBay, Schmidt had long championed a need for the government to assist private corporations that faced cyber attacks—precisely what CISPA is designed to address.

Nevertheless, Schmidt openly condemned CISPA on TV, citing the same reasons most Internet activist groups did—claims that it didn’t do enough to guarantee the privacy rights of American citizens.

The White House didn’t return an immediate request for comment about whether Schmidt’s departure would affect its stance on CISPA or any of the other cybersecurity bills pending in Congress.

Schmidt will be succeeded at the end of May by Michael Daniel from the Office of Management and Budget, who reportedly has years of cybersecurity experience.

Daniel has released a broad statement about his new position: “The challenges in this area are real and serious, but I have the benefit of building on the progress Howard has made through his leadership.”