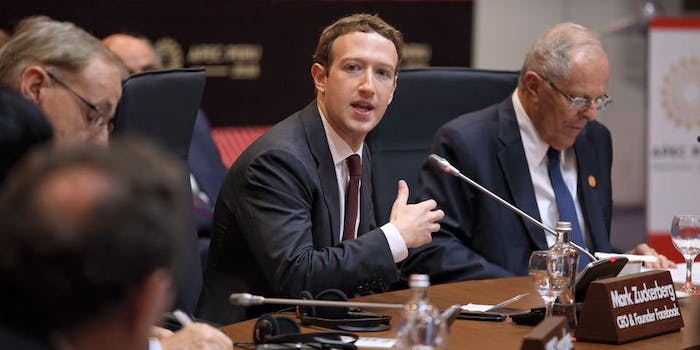 Here’s how to watch Mark Zuckerberg get grilled by Congress

The hearings will be livestreamed online.

Mark Zuckerberg will stand before Congress this week to explain how Facebook failed to protect the data of tens of millions of users.

The embattled Facebook CEO will start a two-round testimony at a joint hearing before the Senate Judiciary and Senate Commerce, Science, and Transportation committees on April 10 and return to Capitol Hill less than 24 hours later to answer questions from the House Energy and Commerce Committee.

Lawmakers will likely arrive at the back-to-back hearings armed with tough questions about what actions Facebook will take to prevent another abuse of data. Facebook has drowned in a flood of criticism since it was revealed that 87 million users had their personal information stolen and exploited by political data firm Cambridge Analytica. The company has lost a staggering $100 billion in value since the controversy first emerged.

The hearings come as lawmakers question whether Facebook should be regulated by the government. Republican Senator John Kennedy said on CBS’s Face the Nation that he fears Facebook’s privacy issues are too big for it to fix alone, suggesting the company may need some form of regulation. His sentiment echoes that of Apple CEO Tim Cook, who believes Facebook is beyond self-regulation.

We’ll also hear from Zuckerberg on Facebook’s role in allowing Russian meddling in the 2016 presidential election. Sen. John Thune, chair of the Commerce Committee, said in a statement that Zuckerberg will be asked for “his vision on addressing problems that have generated significant concern about Facebook’s role in our democracy, bad actors using the platform, and user privacy.”

How to watch: The U.S. Senate Committee on the Judiciary will livestream the event on its site here. You can also watch it on C-SPAN.

To catch up on the latest surrounding the Cambridge Analytica scandal, check out our up-to-date timeline. You can also use our guide to figure out whether your Facebook data was stolen.