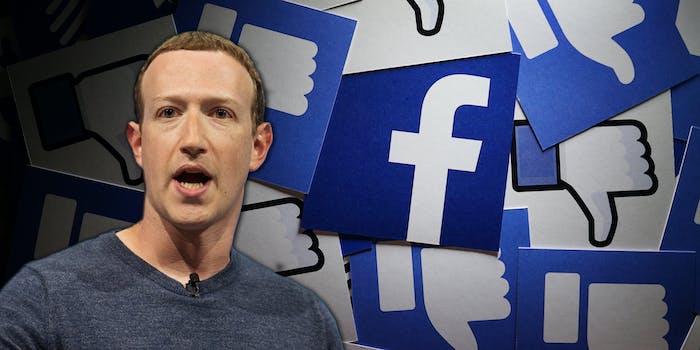 A collection of more than 40 human rights, internet rights, and public interest groups are calling on Congress to pass data privacy legislation and investigate Facebook in the wake of a whistleblower testifying before a Senate committee last week.

The groups launched HowToStopFacebook.org today. The website uses the recent testimony of Frances Haugen as a springboard to urge members of Congress to “finally pass a real data privacy law for the United States.”

Haugen, a former product manager at Facebook, testified before the Senate Commerce Committee subcommittee last week. During the hearing, she touched on a number of issues, including the impact that Facebook and Instagram have on teenagers and problems with algorithmically amplified content. She also said that the company won’t make changes because “they have put their astronomical profits before people.”

Several members of Congress said Haugen’s testimony could be a catalyst for passing legislation.

The website—which was created by groups including Fight for the Future, Accountable Tech, MediaJustice, Public Knowledge, the Center for Digital Democracy, and numerous others—has a petition for people to sign that tells lawmakers a federal data privacy law “is a clear step that you can take right now to stop Facebook from causing more harm, and to make all social media and the internet a better, safer place that enhances our democracy and where our rights are protected.”

Specifically, the groups are urging Congress to pass a law that would make it illegal for big tech giants like Facebook and YouTube to collect data that they use to power their recommendation algorithms.

“The enormous amount of data that these companies harvest about all of us is the fuel supply that powers these harmful algorithms,” Evan Greer, the director of Fight for the Future, said in a statement. “It’s challenging to regulate algorithms directly, but lawmakers can cut off the fuel supply for Facebook’s destructive machine by enacting a real federal data privacy law strong enough to effectively kill surveillance capitalism as a business model.”

Meanwhile, Sara Collins, a policy counsel at Public Knowledge, said a federal data privacy law should address “collection and use” rather than “outdated notions of notice and choice.”

“Congress could take a massive step to reduce Facebook’s power and influence if it passed a strong, comprehensive privacy law now. Facebook, as well as other tech companies, have shown that when given the opportunity, they will exploit consumers’ data rather than protect it,” Collins said in a statement, adding: “The harms described by Ms. Haugen are fueled by unrestrained data collection and data use.”

The petition also says that the Federal Trade Commission (FTC) should initiate a process of rulemaking that would prohibit companies from collecting or selling user data beyond what is needed to provide a service requested by a user and from using that information for another purpose or transferring it another company without consent.