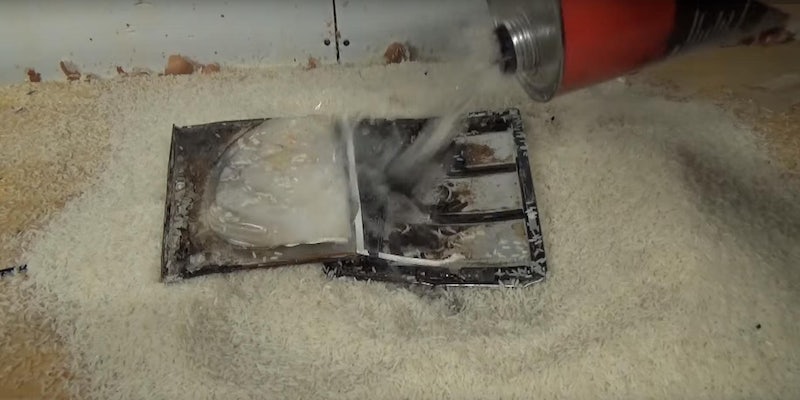 How not to repair a broken iPhone screen

Eggs, soda, and a whole lot of rice.

If you’ve ever accidentally chipped, cracked, or smashed your smartphone screen you know the kind of emotional turmoil it can unleash upon a person’s soul. Thankfully, popular YouTuber HowToBasic has taken a moment to share the secret to bringing a busted iOS device back from the dead.

If you’re a fan of HowToBasic you probably already knew that things would get out of hand in a hurry, and that the tutorial would end with lots of odd noises and smashed eggs. Thankfully, it appears that the device being “repaired” was broken even before the protective film was removed, suggesting that it fell victim to an accident during shipping or some other unfortunate incident.

Now, if you’re actually in need some some handy tips for swapping out your cracked iPhone screen for a new sheet of fancy glass, there are a number of troll-free tutorials available. Here’s a quick rundown of the best for each device:

Or, if you want to be proactive about things, you could always do the adult thing and buy a protective case.