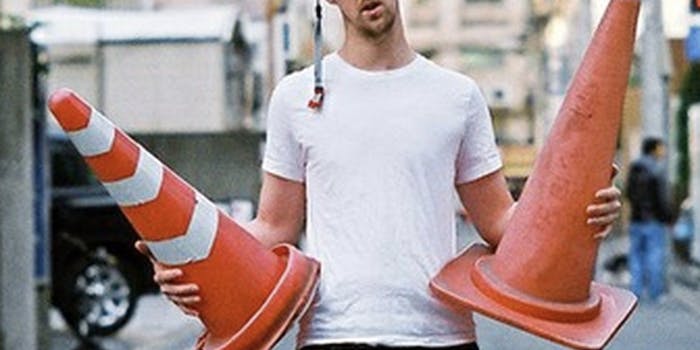 When you’re a power user on Pinterest, the social network of the moment, doors start to open for you. You make top 100 people to follow lists. You rank more highly on Google. You might even land lucrative career opportunities.

Andrew “Oyl” Miller would know. Through a frequent and careful pinning regimen, he went from 250 Pinterest followers to 26,000 in just three days—a figure he’s since doubled. And in the same amount of time, he’s seen his influence skyrocket.

“In these last few days, I’ve had job offers based on people seeing the meteoric rise of my follower count,” Miller, who resides in Tokyo, Japan, told the Daily Dot. “I’ve had global brand marketing directors asking me what my secret is. I’ve have stumbled across a formula for doing something that a lot of people are trying to do right now.”

The 32-year-old copywriter doesn’t think he’s done anything special, though. In fact, he thinks anyone can do what he did with the right mindset.

“I don’t think an ‘ordinary’ pinner will ever succeed,” he said. “However, I think any person or brand has the potential to succeed. They just need to make the decision to be extraordinary.”

Here is his four-step process for achieving overnight Pinterest success, with comments from Miller.

Miller doesn’t mean spend eight-hour days doing nothing but pinning, quite the contrary. He built his Pinterest empire in far shorter increments, working for just 15 minutes per day.

“For the last three months I have gotten into a morning routine of spending 15 minutes actively searching for content to pin. I don’t think you need to be one of those people who lives on Pinterest all day to make an impact. You can build your archive over time, and it will slowly become more valuable.”

But the end goal of those pinning sprints, Miller said, is to amass an enormous Pinterest archive—a set of boards people can lose themselves in for hours. Miller has 29 boards and 2,224 pins. The more content he puts on the site, the higher the chance that people will find something he pinned.

“People will be excited to stumble onto a board with 100 amazing images. It takes some time, but it can be an incremental investment I’ve found.”

Miller’s most popular boards by far are the ones he has dedicated to sports-related topics. That might be a surprise to anybody who’s considered Pinterest to be little more than a frilly fashion and design haven.

“I definitely get annoyed every time I read another article claiming that Pinterest is somehow inherently only for certain subject matter or for a certain sex. Pinterest is neutral. Like most things, you get out of it what you put in. Pinterest is perfect for any visual subject that people are passionate about.”

In Miller’s opinion, the most important piece of the puzzle are pins that you’re passionate about. Whether it’s sports—Miller’s personal obsession—or another hobby, he said it’s imperative to only pin images you’re excited about.

“I think you have to be willing to be obsessed and really dive into some kind of niche. And I’m sure at this point, there are some huge opportunities to own some untapped subject matter, like I did with sports. But I think if you approach any subject with a degree of artistry, looking for the unusual point of view, and keeping your pin choices surprising, that you will also be able to find success.”