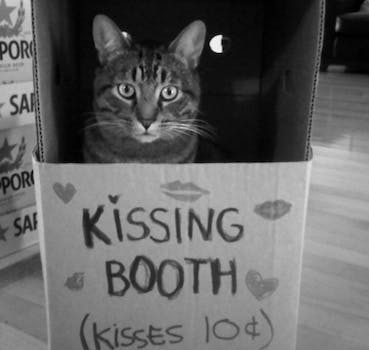 Build your brand on Tumblr—1 reblog at a time

It’s everyone’s dream to quit their real job and to do what they love, no matter what the consequence. Thomas Ellington did just that and he made it work—on Tumblr.

“Of all the social networks, Tumblr, for the average person, has the most potential,” said Ellington, who quit his job in telecommunications in January to focus on blogging.

The 31-year-old Oklahoma City resident incorporated his seven blogs into a small business, 1000 Notes, which follows a simple formula: Each blog runs ads and publishes images with 1,000 or 10,000 notes, as well as themed images, like those featuring funny or uplifting text over them.

Ellington manages a team of five people, which includes his wife and cousin, who post 100 images per blog a day using the public submission feature.

Over the last two years, he has collected more than 1.25 million followers across his blogs.

Here are five tips from Ellington on how to build your own network.

The theme of your blog is crucial. Try to think outside of the box and not be afraid of aggregating content around a particular idea. Tumblr’s Kim jong Il Looking At Things and Texts From Dog are just two of the many examples of single-serving Tumblrs take one simple idea and run with it.

“Think of something nobody else is following or a blog that you can improve on. Chose something that people will be interested in and would want to follow.”

“Google Images and Tumblr are a great place to start. Depending on the subject of your blog, don’t go below 10 posts a day. Ideally, 100 a day is best so your followers have a steady stream of content.”

According to Ellington, finding sources for original, attributable content, is ideal, but reblogging is also acceptable as long as you do it in large quantities spread out over time. A steady stream of daily content is key to gaining traffic.

“Post between Tumblr’s prime time hours: between 3pm and midnight. If you’re posting a lot of content, more than 50 a day, you want to publish on a 24-hour cycle. “

4) Get ads and followers up fast

Ellington thinks you should get Google AdSense on your blog from the beginning, asserting that it doesn’t really have a negative effect on your follower count. But he cautions against running a promotion or advertised post until your blog has collected more than 100,00 followers.

To get to that level, your blog may need some outside help. You can reach out to large blogging networks with a similar theme to your Tumblr and request a paid promotion. Every blog will have a different rubric for how a promotion is calculated, but generally speaking, these networks will charge around $1 for every 10,000 followers a network has. One promotion on a network of that size can net a person around 3,000 to 5,000 new followers.

By using promotions and a steady posting schedule, your blog should reach 100,000 followers in four to six months.

Don’t bog down your blog with obtrusive ads. Your growth is directly related to how true you keep to your original model. If you have the time and resources, use the success of your first blog to promote others you create using links posted in the caption. And don’t worry too much about losing followers; if you post content true to your blog’s personality, you’ll gain more followers over time than you’ll ever lose.