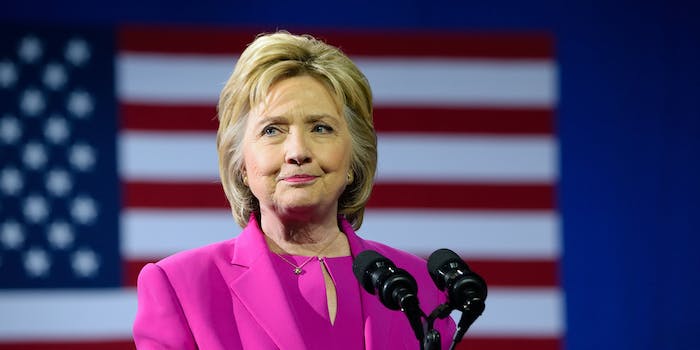 The former Democratic presidential candidate was not amused.

The U.S. House of Representatives Judiciary Committee’s Republicans were among those celebrating the U.S. Senate’s confirmation of Amy Coney Barrett to the Supreme Court on Monday. The House Judiciary GOP Twitter account (@JudiciaryGOP) extended Secretary of State and former presidential candidate Hillary Clinton happy birthday wishes, positioning the rightward tilt of the nation’s highest court as her “present.”

It wasn’t even her first tweet of the day on the matter. As the Senate was preparing for the historic vote, she made the case that many critical of the Barrett nomination have made.

And she did also use the occasion of her 73rd birthday to reach out to voters in an appeal to defeat the candidate who defeated her four years prior.

On Monday night, as Justice Clarence Thomas was swearing in Barrett at a White House ceremony, the Twitter hashtag #ExpandTheCourt was trending—an indication that parts of the electorate aren’t content with the court’s ideological makeup following the Barrett confirmation.