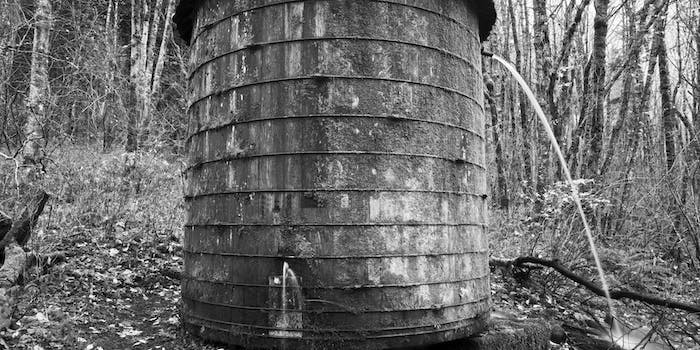 At least he didn't confess to any murders while doing his business.

Surveillance technology has picked up on a leak within the Georgetown, Texas city council.

Specifically, a councilman forgot to turn off his lapel microphone while relieving himself, adding a tinkling soundtrack to Mayor Pro Tem Rachael Jonrowe’s impassioned arguments for government intervention into antibiotic resistance to infectious diseases.

Jonrowe, like anyone, had trouble keeping her composure, which went down the toilet entirely when the councilman flushed.

One sound conspicuously absent, though, is that of a bell ringing to indicate a lack of hygiene. Perhaps Georgetown needs to invest in some more infrastructure.