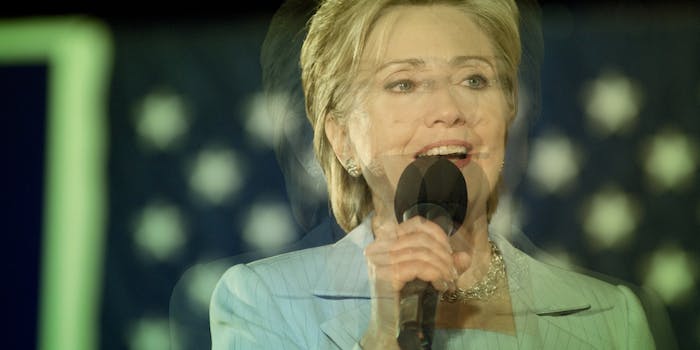 'I must advice the Clinton campaign to perform toxicologic analysis of Ms. Clinton's blood.'

The forensic pathologist who discovered brain damage in deceased NFL players has warned that Hillary Clinton may have been poisoned.

Bennet Omalu, whose 2002 autopsy of Pittsburgh Steelers player Mike Webster led to his discovery of chronic traumatic encephalopathy (CTE) in NFL players caused by concussions, tweeted on Sunday that Clinton’s blood should be tested for poison.

I must advice the Clinton campaign to perform toxicologic analysis of Ms. Clinton's blood. It is possible she is being poisoned.

Clinton left a 9/11 memorial ceremony early on Sunday after feeling ill and nearly collapsing while attempting to enter a van outside the event in lower Manhattan. The Democratic presidential nominee’s physician, Dr. Lisa R. Bardack, said in a statement that Clinton was overheated, dehydrated, and being treated for pneumonia.

The incident has sparked political upheaval in the 2016 election between Clinton and Republican nominee Donald Trump, plus a number of other Clinton conspiracy theories, including speculation that Clinton hired a body double to hide the severity of her health condition.

Omalu’s concern is unsupported by any known evidence, but his list of medical credentials have elevated his conjecture about Clinton’s health.

On Twitter, Omalu, whom actor Will Smith portrayed in the 2015 film Concussion, said his concern stems from the capabilities of Trump and Russian President Vladimir Putin. “With those two all things are possible,” he wrote.

I do not trust Mr. Putin and Mr. Trump. With those two all things are possible.

While suggesting Trump is capable of poisoning his opponent may be outlandish, Putin was accused of killing former KGB operative Alexander Litvinenko by poisoning his tea with radioactive material.