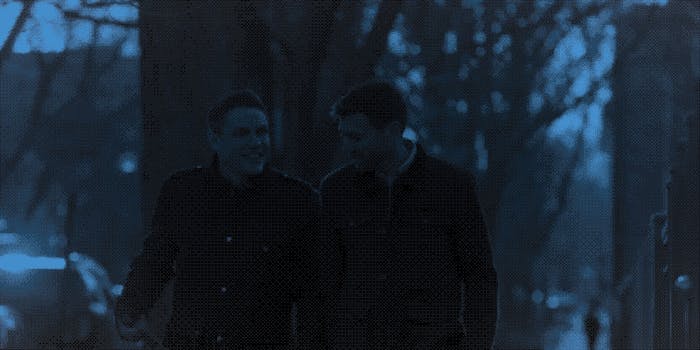 Gay couple in Hillary Clinton video invites her to their wedding

She even gets to bring a plus one.

Hillary Clinton announced her candidacy for President of the United States on Sunday with a YouTube video called “Getting Started,” which features a same-sex couple preparing to get married. Now, it appears that Clinton will have to add another event to her campaign trail schedule: attending the couple’s wedding.

Jared Milrad and his fiance Nate Johnson appear in Clinton’s video around the 55-second mark:

The couple has gotten a lot of attention thanks to the video, which has been viewed more than 2.5 million times. So Milrad and Johnson decided to show Clinton their gratitude by inviting her to the wedding.

Thanks for inviting us to your big day @HillaryClinton. We're returning the favor & inviting you to ours. #wedding pic.twitter.com/paMtBFLLUW

The video, which also features a lesbian couple, suggests that same-sex marriage will be an important issue in Clinton’s campaign. LPAC, “the country’s first and only lesbian political action committee,” has already announced it will support the Clinton campaign.

Clinton hasn’t officially accepted the invitation yet. But luckily for Bill, the couple says they’re giving her a plus one.