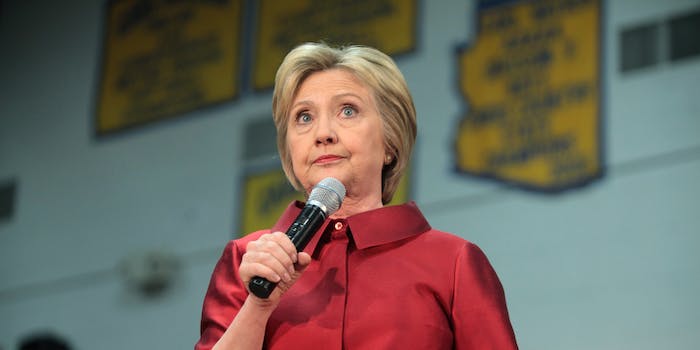 Here’s what Hillary Clinton’s cabinet would have looked like

You're going to recognize a few of these big names.

Hillary Clinton had it all planned out—well, except that key wining-strategy part.

In advance of Election Day, Clinton and her team had mapped out the Democratic nominee’s cabinet, reports Mike Allen, co-founder of new media outlet Axio and co-founder of Politico. The list of would-have-been nominees highlights the vast differences between Clinton and President-elect Donald Trump, whose cabinet nominees begin their Senate confirmation hearings today. 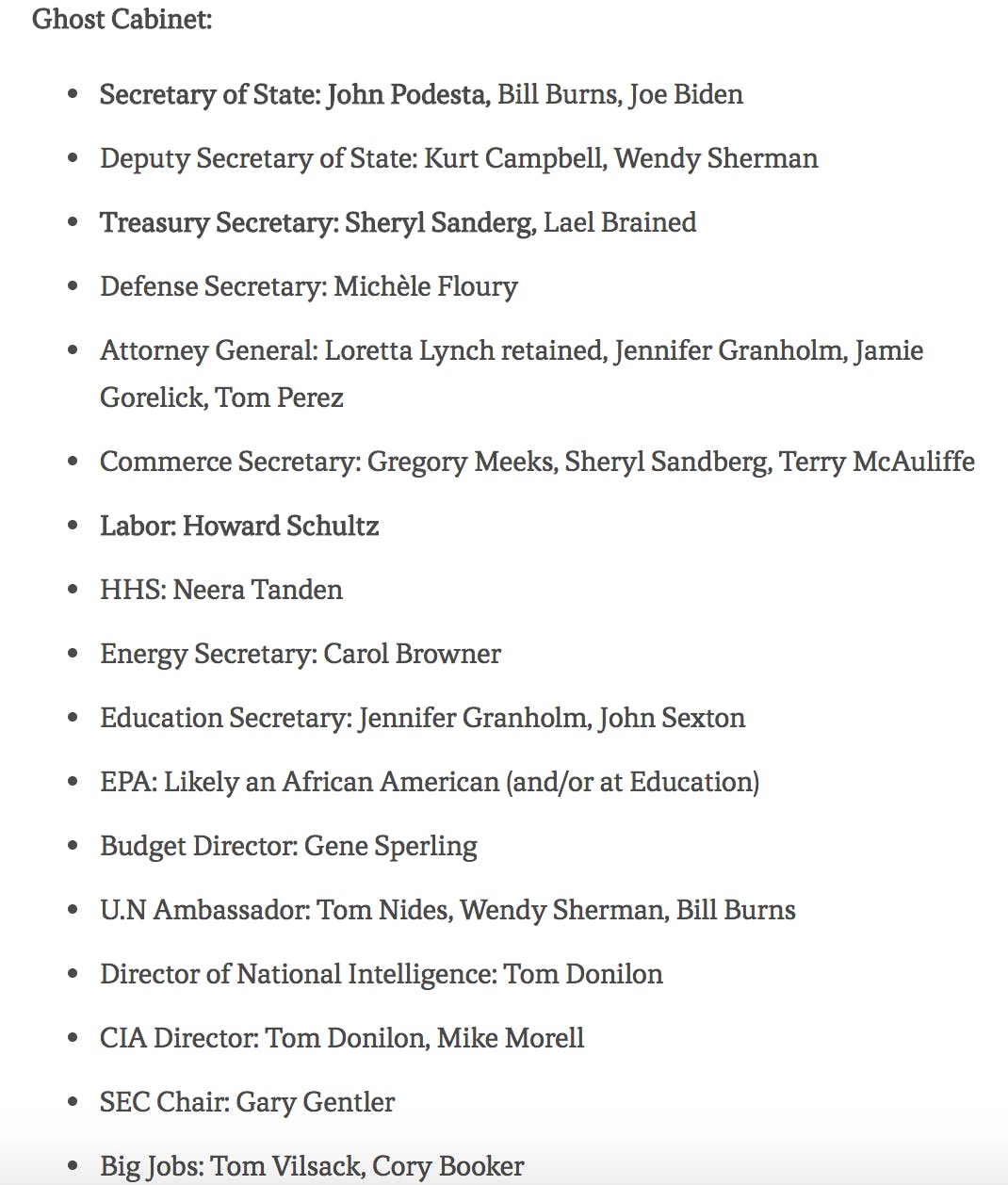 Alas, such meticulous plans mean nothing in politics if you can’t win the election. And as Clinton’s critics will surely note, the time used to prepare this list may have been better spent campaigning in swing states like Michigan and Wisconsin, where Clinton’s narrow losses cost her the White House.