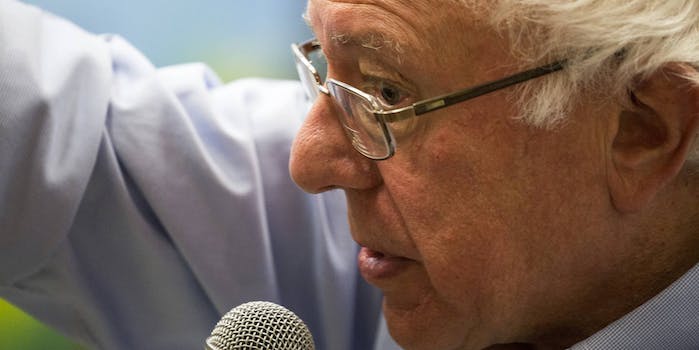 Despite word this week that Hillary Clinton has clinched her party’s nomination, North Dakota’s Democrats turned out in droves on Tuesday to make sure their voices were heard.

Sanders, who has done well with Midwest voters, made three campaigns stops in North Dakota this May, while the former secretary of state made none. Former President Bill Clinton spoke in Fargo on May 20, where he touted his wife’s foreign policy experience and her ability to work across the aisle.

Nearly 2,000 Sanders supporters showed up for a mid-May rally in Fargo, where the candidate had established a campaign office. Sanders was cheered while lambasting Wall Street greed and ticking off a list of progressive proposals.

“For a start, we make sure that everybody in America that works 40 hours a week does not live in poverty and that means we raise the minimum wage to a living wage: $15 an hour,” he said.

Prior to Tuesday’s caucuses, Clinton had received the endorsement of former North Dakota Gov. George Sinner, who, along with his wife, Jane Sinner, had praised the Clintons for leading “the longest economic expansion in American history.”

The Associated Press and NBC News reported on Monday that Clinton had reached the number of delegates needed to seize the nomination based on a survey of superdelegates, party officials who may vote how they wish at the Democratic National Convention in July.

The Sanders campaign rejected the announcement, saying that Clinton was “dependent on superdelegates,” adding: “There is nothing to concede.”