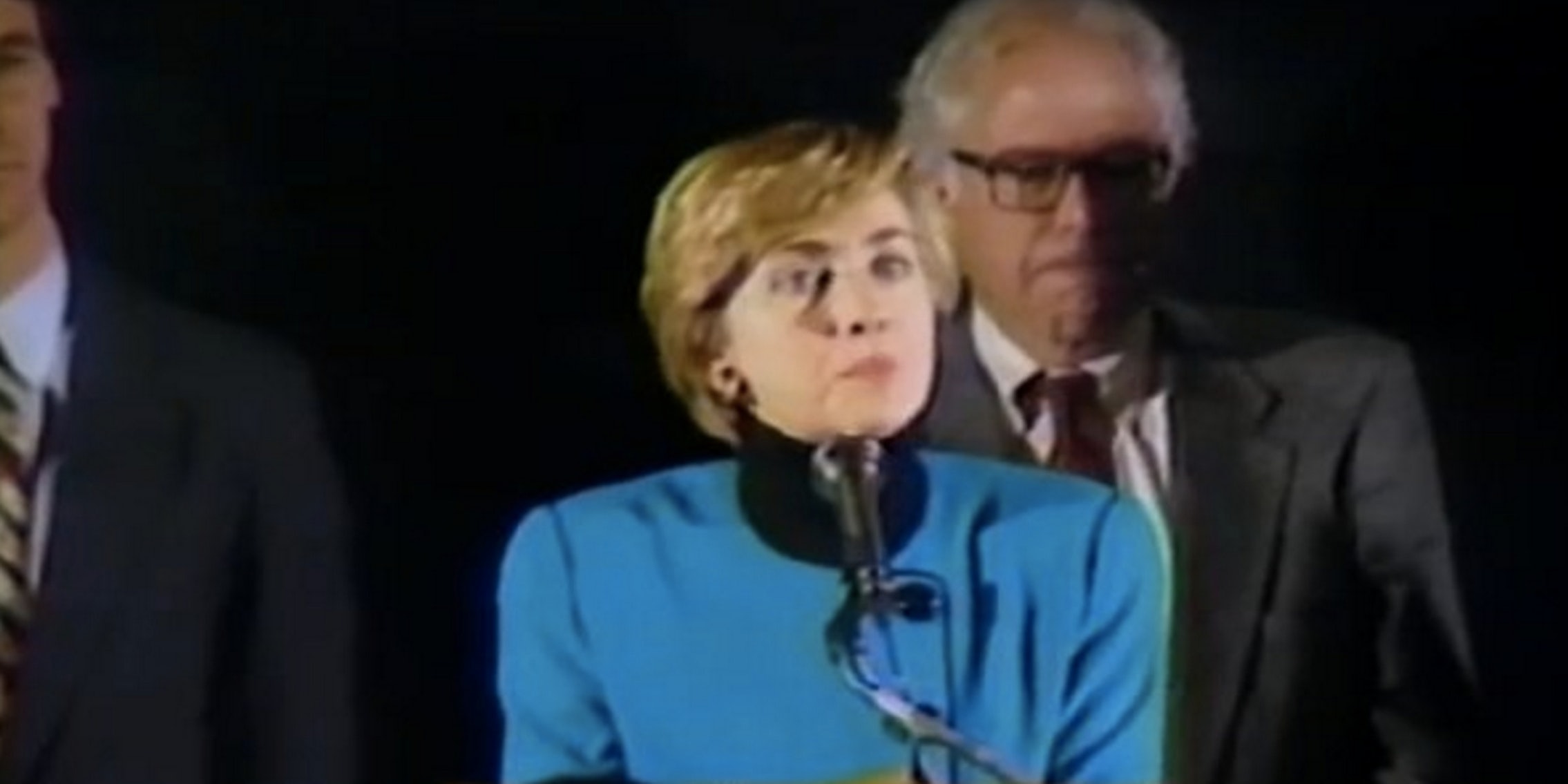 Hillary Clinton is having a disastrous weekend.

First she made the baffling decision, at Nancy Reagan’s funeral on Friday, to praise the former First Lady for directly confronting the 1980s AIDS/HIV crisis—when in truth the Reagans stayed mum on the issue for years, and at a terrible human cost.

Later that evening, Clinton’s campaign issued a statement about the outbreak of violence surrounding a (canceled) Donald Trump rally, citing the national response to a racially motivated mass shooting in a way that struck many as tone-deaf.

Then, on Saturday, Clinton looked to score points against Democratic rival Sen. Bernie Sanders by telling an audience, “I don’t know where he was when I was trying to get healthcare in ’93 and ’94.”

"I don't know where he was when I was trying to get health care in '93 and '94," a fired up @HillaryClinton says of Sanders.

Well, turns out Mike Casca, rapid response manager for the Sanders campaign, had a pretty good answer for that. In a single tweet, he lived up to his job title and burned Clinton to the ground.

for the record, she did know he was there: “i’m grateful that congressman sanders would join us today from vermont.” https://t.co/B2cvs4UNth

But wait, it gets better. Clinton had even expressly thanked Sanders for fighting with her on the healthcare issue back in 1993.

Clinton today: "I don't know where he was when I was trying to get health care." Clinton in '93: pic.twitter.com/H4ETjeH4gU

Jennifer Palmieri, the Clinton camp’s director of communications, strove mightily to spin what most people would readily call a gaffe.

It's "ridiculous" to say Clinton made 2nd unforced error in 2 days, Palmieri says. "Photo proves our point … she is the one out front."

Can Clinton make it to Monday without sticking a foot in her mouth again? Considering she’s getting roasted on her own Instagram account these days, it might not even matter.

I don't know where he was pic.twitter.com/kT4sTZTS8m