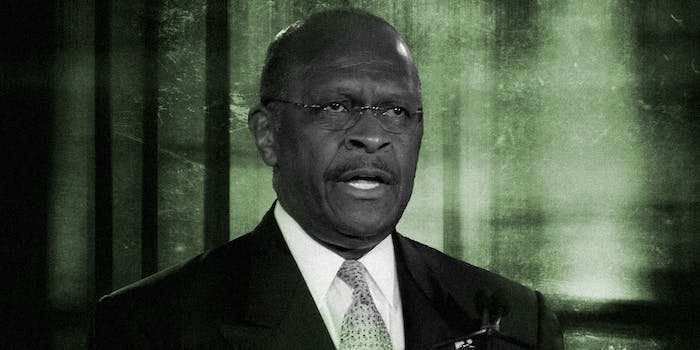 Hey just because you are dead doesn’t mean you can’t be part of the discourse.

Deceased and former GOP luminary Herman Cain showed us all when he managed to attack former Vice President Joe Biden from beyond the grave late Wednesday.

“Just in case you thought Biden’s candidacy was going to be anything other than completely nuts, team Trump has released a new video,” Cain’s Twitter account posted, with a link to a new Trump ad.

Amazingly, Cain, who passed away on July 30, was still able to divine who Biden’s running mate was, even though she wasn’t officially announced until Tuesday. (Maybe he believed the Politico leak?)

The post in the tweet isn’t, of course, from Cain. And it appears that, despite his death, the conservative commentary site in his name, HermanCain.com, will still be publishing.

And if you’ve got a big account that you can take over to get clicks, sure, why not use it, although maybe you should at least change the name, so as to not freak everyone out.

In a post on the site, Cain’s daughter said that the name on Cain’s account would soon be changed to “The Cain Gang,” to clear up any confusion.

They might have wanted to do that a day earlier, though.