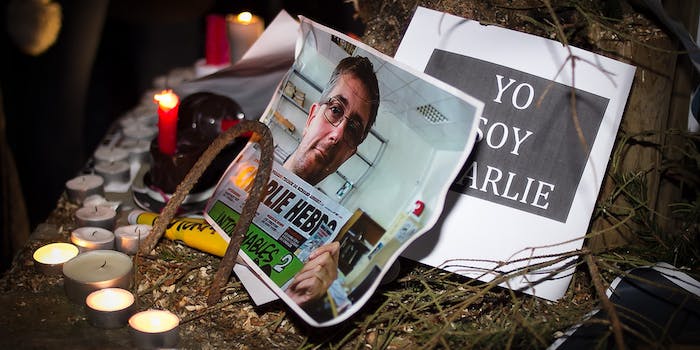 The gunmen suspected in the massacre of 12 people at the Paris offices of Charlie Hebdo were killed on Friday, according to multiple press reports citing police sources.

The suspects are identified as brothers Said and Cherif Kouachi.

French security forces conducted raids at two locations in Paris where hostages were being held following a massive two-day manhunt for the suspected Hebdo killers.

Explosions and gunfire were heard outside at a printing plant outside of Paris. Simultaneously, gunfire was heard at a kosher supermarket in Paris where another person associated with the original suspected Hebdo killers was holding hostages.

Update 12:08pm ET, Jan. 9: At least four of the hostages at the Jewish supermarket have reportedly been killed. One of the hostage-takers at the supermarket, said to have ties to the same terrorist organization as the Kouachi brothers was also reportedly killed.

The FBI has confirmed that one of the supermarket hostage-takers, Hayat Boumeddiene, escaped. Her accomplice, Amedy Coulibaly, was reportedly killed by police.