Does your heart rate matter?

It's an easy to measure metric. So is the wearable market obsessed with it?

Your heart rate is an easy-to-measure metric, and that’s why it’s become incredibly popular for the wearable market.

Within the past few months, there have been games, stress-management apps, and an app that will tell you who you do and don’t like based on the speed of your heartbeat. There’s a sports bra that will control your music while you work out. If you start slowing down, the music will shut off. And this year at the Tokyo Marathon, Dole will dole out “the world’s first edible wearable,” a banana that can display heart rate as well as run time.

But does it actually matter that much?

“Heart rate for training purposes is important to some people,” Dr. John Higgins, a sports cardiologist at UTHealth told the Daily Dot. According to Higgins, different heart rate zones control the effectiveness of a workout: the endurance zone (60-70 percent of your maximum heart rate), aerobic (70-80 percent), anaerobic (80-90 percent), and burst training (90-100 percent). Each zone has different effects on the body in terms of burning fat or building strength and endurance. The body’s ability to bring heart rate back down quickly also determines a person’s fitness level.

Higgins recommends monitoring heart rate to get to know how the body feels in different zones and when training for special events such as marathons or triathlons. But it really depends on the athlete, Higgins said. Some prefer to track their heart rate during every workout while others only do it at first to gauge the intensities of their workouts.

But gathering these metrics and seeing them change as a result of your workouts takes time, which might not be something that the average consumer has a lot of—especially the ones only looking simply to be a little more active each day.

“The difficulty is that the value of [heart rate-monitoring devices] plays out over a very long term,” Jaeha Yoo, director of experience design at NewDealDesign, told the Daily Dot. The Fitbit, which the company helped design, encourages activity in order to meet daily goals, such as 10,000 steps a day. After a while, achieving that goal becomes ingrained in your daily routine, Yoo said.

Higgins asked his patients what their experiences with wearables were; one patient said his family uses the Fitbit to try and increase daily activity. The family has weekly and monthly competitions among each other, with simple rewards like getting the day off from chores for the winner. In that case, healthier heart rate would be an effect of engaging in physical activity more than a driving force.

“The feedback we were getting was, ‘make it invisible. I don’t want people to see it.’”

In that sense, tracking heart rate isn’t so much of a necessity as it is a luxury, and not one that necessarily requires spending money on a wearable device. A study recently conducted at the University of Pennsylvania in Philadelphia found that smartphone apps do just as good a job as tracking steps as wearable devices, with one device actually miscalculating steps by a noticeable amount.

To some degree, there are companies capitalizing on the heart rate-monitoring trend. While “not exactly new technology,” Yoo said, “there’s a certain amount of ‘everyone has to include it right now.’” See the myriad examples above.

A hurdle these companies must overcome, especially those in the fitness tracking business, are abandonment rates, which are as high as 50 percent. “My hunch is that the everyday person will use it for a while but will then just stop paying attention to it,” Yoo said.

In other words, the data provided by heart rate trackers needs to be valuable enough for you to want to know months, even years, after you initially purchase a product. In addition, the device needs to be comfortable and, well, wearable for more than just a few months.

“Our feedback from the marketplace is end users don’t want something that is out there,” Fitlinxx CEO and president Dave Monohan said. “The idea of trying to create a wearable that’s fashion conscious is a difficult problem to solve. Like personally, I don’t believe it can be solved. The feedback we were getting was, ‘make it invisible. I don’t want people to see it.’”

Earlier this year at CES, Fitlinxx, which specializes in making health and activity trackers, introduced AmpStrip, an adhesive heart rate tracker meant for continuous wear, even in water. “We have people swimming in oceans with these things without any issues,” he said. 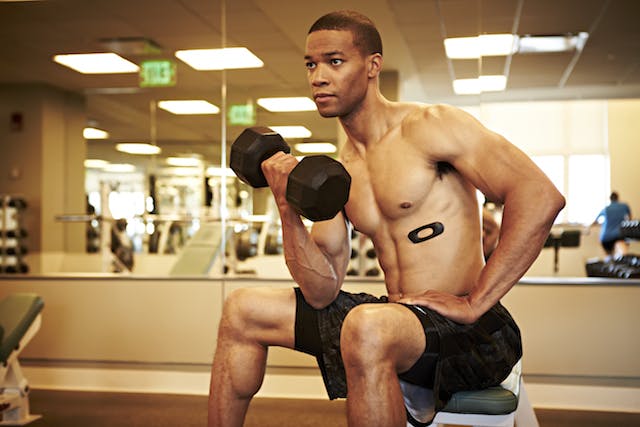 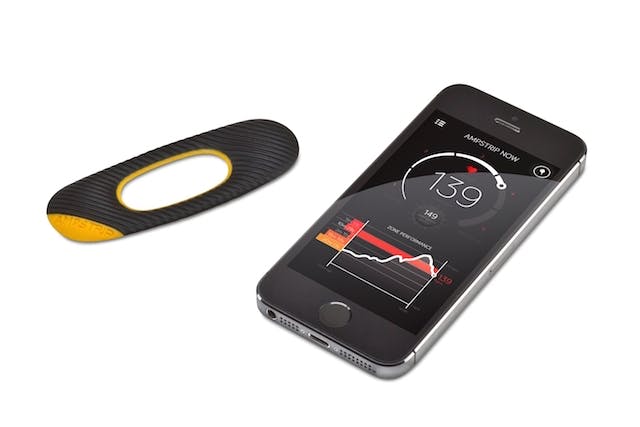 While tracking heart rates during workouts can be effective, Monohan argues that continuous tracking gives users the most holistic sense of their health. Not only do the people wearing the devices see how their bodies react during a workout, but they also can track heart rate recovery, or how quickly their bodies return to a resting heart rate. “You want that drop to be as fast as possible,” he said.

But even more than that, AmpStrip helps track how other aspects of users’ daily routines impact their overall health. The device also measures the physical activity of the user—whether they’re running, jogging, sitting, or lying down—as well as body temperature.

AmpStrip connects to an app via Bluetooth, and a single charge lasts up to seven days, according to Monohan. Replaceable adhesive strips allow AmpStrip to be worn on the torso, tackling a problem that traditional wristband wearables have.

TL;DR, heart rate alone won’t sell fitness trackers. It’s too simple a metric, and an over-marketed one at that. So where do wearables go from here? They’ll have to meet higher expectations, re: measure all the things: blood pressure, sleep, temperature, brain activity, unborn babies, even mood.

“Health isn’t only about exercise, but also about what you eat, how you sleep, and relaxation time,” Higgins said. The easier it is (to measure), the smarter it is and more user-friendly it is … will really be the ones that will be the best-sellers.”