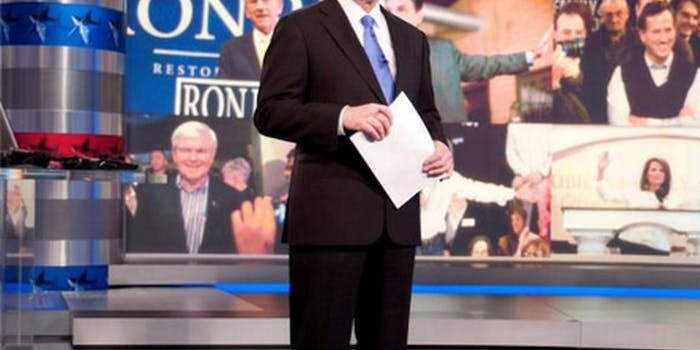 Sorry, CNN, but the Hater doesn't need to see more of his friends' obnoxious political views in his Facebook news feed.

CNN has found a new way to make your overtly political friends even more annoying: the network has debuted a new Facebook application that infiltrates your feed with their dumb political views.

This app should sound familiar, as I know you have my author page as your homepage. The fanfiction of CNN’s and Facebook’s post-coitus snuggling action reaches (heh) back to July when their election partnership was announced.

Cable Snooze Network (got ‘em, baby!) and Facebook teamed up to release this app, to measure “buzz,” and to launch some survey which doesn’t earn you a free subscription to Men’s Health at the end of so I have no interest in completing it. Maybe that’s one way to juice their ratings: rewards for people that sit through an entire hour of Piers Morgan.

The press release uses the words “interactive” and “engaging,” but after playing with it, I think they meant “irritating” and “maddening.” After opening the app, you have to proclaim that you’re going to vote. There is a right answer to that! If you select one you’re shipped to Russia where you have to listen to Toby Keith on repeat you remind you how great America is.

Then things get much worse. The next question is revealing your party affiliation because your contribution to society depends on what label you identify yourself with. Because I am a journalist who has zero biases toward anything in life, I skipped that question.

The app then breaks down into eight broad topics with pointless and vapid questions under each one; and if you want to be labeled as an obnoxious Facebook oversharer, your answers will be automatically posted to your Timeline. So all of your friends can now judge you archaic political views. I’m judging already!

Our opinion is finally given an outlet about society’s hottest topics, like Super PACs. We’re badgered with questions like “What do you think about Roe vs. Wade?” “Should states be enable to enact tougher immigration laws than the federal government’s?” and “Should Americans be required to have health care?”

Pro tip: I’ve learned the app is way more tolerable to enjoy if you read the questions in a James Earl Jones voice.

The only questions missing are “Who should the New York Jets name as their new starting quarterback?” “Is Michael Strahan a decent replacement for Regis Philbin?” and “Should Anderson Cooper break up with his cheating boyfriend?” Sanchez, NOPE, and yes, respectively.

Aside from giving CNN the excuse to proclaim how social media savvy they are, what is the point of this app?  Staring at your News Feed all day will already tell you how your friends will answer these questions. Also, no one really needs to know about your political stances. We’re only on Facebook to judge your Spotify playlists.

We don’t need another outlet for our uppity friends and too-politically-charged cousins to remind us of their opinions. This app personifies the Thanksgiving dinner arguments you have with them, but instead of lasting a few hours, it lasts three, long months.

With all the bickering the app could spark, maybe Russia sounds nice after all.