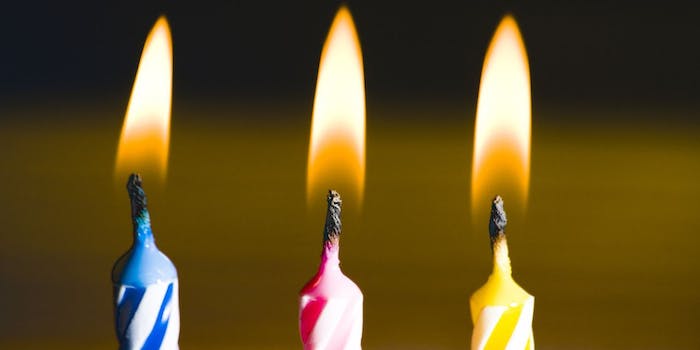 Documents reveal a version of the song that predates the 1935 copyright.

You might soon start hearing one of the most famous tunes in history in many more places. “Happy Birthday to you,” arguably the world’s best-known song, could soon enter the public domain after filmmakers found what they call “smoking-gun evidence” that the infamous copyright on the song was improperly granted.

A lawsuit over a hefty fine to license the song led to the discovery of a 1927 songbook that contains the “Happy Birthday” lyrics, predating the 1935 copyright currently held by Warner/Chappell Music by nine years and potentially providing enough evidence to invalid the copyright.

Warner/Chappell charged filmmaker Jennifer Nelson $1,500 to play the song in an aptly titled documentary about it, Happy Birthday. Nelson sued Warner/Chappell in 2013 for the right to use the song in the documentary without the license fee, which has reportedly generated over $2 million in revenue in a single year.

Evidence filed in that case suggested that songwriter Patty Hill abandoned her ownership rights to the “Birthday Song,” which she wrote to the tune of “Good Morning.” Nelson’s legal team has argued that the 1927 songbook “[proves] definitively that the song is in the public domain,” rendering “all those issues moot.”

Nelson and her lawyers discovered the 1927 songbook inside 500 pages of documents submitted to the court by Warner/Chappell in early July. Nelson’s lawyers claim that the music company failed to file 200 of those pages during the trial’s discovery phase last year.

Warner/Chappell has yet to respond to the new evidence, but Nelson’s lawyers said that the company “should admit defeat, but they won’t, because too much money is at stake.”