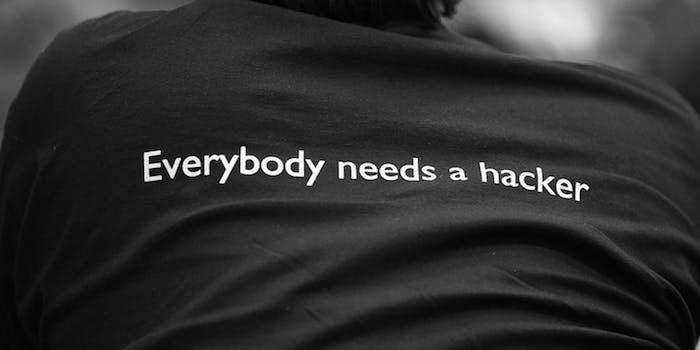 Only 40 some odd governments could use the program to spy on people before.

Days after the source code of its flagship surveillance software was compromised, cyberweapons manufacturer Hacking Team says “terrorists” and “extortionists” are able make use of its technology.

“It is now apparent that a major threat exists because of the posting by cyber criminals of Hacking Team proprietary software on the Internet the night of July 6,” the company said in a statement.

“Hacking Team’s investigation has determined that sufficient code was released to permit anyone to deploy the software against any target of their choice.”

“Terrorists, extortionists and others can deploy this technology at will if they have the technical ability to do so.”

Remote Control Systems (RCS), Hacking Team’s surveillance and intrusion tool, was reportedly sold to over three dozen of the world’s governments before being leaked online. The spyware-based system allows intelligence and law-enforcement agencies to attack, infect, and monitor computers and smartphones. According to the company, RCS provides “full intelligence” on targets, including their encrypted communications, and can be used as a remote audio and camera spy tool.

According to a leaked document, Hacking Team’s top customers include (in order of revenue per country) Mexico, Italy, Morocco, Saudi Arabia and Chili, among many others. Despite previously claiming that the company went to “great lengths” to keep its software out of the hands of “repressive regimes,” Hacking Team records show RCS was also sold to nations such as Sudan, whose president currently faces international criminal charges for genocide and mass-rape.

“This issue may appear to be simple. In reality it is a complicated one for several reasons. For one thing, some have labeled certain long-time allies of the West ‘repressive.’ Furthermore, it happens that governments change, and, therefore they become more or less criticized over time.”

“Before the attack, Hacking Team could control who had access to the technology that was sold exclusively to governments and government agencies,” the company said in a statement released on Wednesday. “Now, because of the work of criminals, the ability to control who uses the technology has been lost. Terrorists, extortionists and others can deploy this technology at will if they have the technical ability to do so.”

Earlier this week, Hacking Team sent out an email to clients requesting they discontinue use of its spyware. The company said on Wednesday that it suspects antivirus companies are implementing patches to exploits revealed by the leak, which may will help targets detect its so-called “undetectable” software.

In fact, a previously undisclosed vulnerability in Flash, discovered by researchers combing through Hacking Team’s files, was patched this week by Adobe Systems.

Photo by Alexandre Dulaunoy/Flickr (BY SA 2.0)