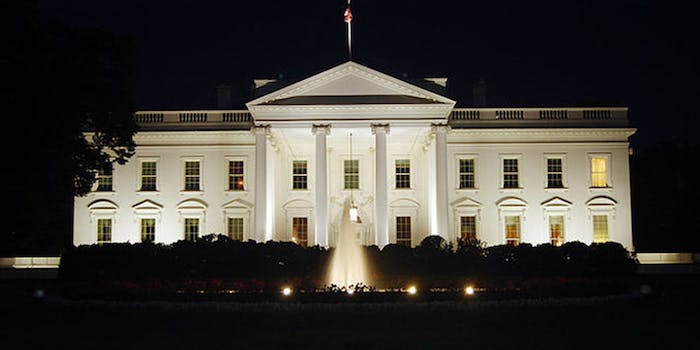 These websites will go dark if the government shuts down

So far the Library of Congress and the Federal Trade Commission have confirmed their sites won't be accessible during a government shutdown.

Barring a miraculous show of statesmanship from either political party today, the Federal government will shutter its doors (well, some of them) starting at midnight, for the first time since 1995. And I wouldn’t hold your breath for a last-minute deal: Republicans and Democrats are still cooling their heels waiting for the other side to blink first in the political standoff over a temporary spending bill.

If Washington does switch off the lights tomorrow, several public government websites will go dark too, Ars Technica pointed out this weekend—a problem we didn’t have during the mid-90s shutdown, when the internet was just getting up and running.

So far the Library of Congress, NASA, the Federal Trade Commission, the National Parks Department, and the Securities and Exchange Commission, have confirmed their websites won’t be accessible during a government shutdown. The Department of Veterans Affairs announced its site will be updated “intermittently.”

The inactive sites will redirect to a landing page explaining the circumstances, according to a mandate by the Office of Management and Budget.

It seems a little extreme. I mean, how much can keeping a website online possibly cost? Are the minute savings worth denying the public access to information and resources in a time of heightened confusion? Probably not, but officials point out that it requires staff to make sure the content on sites is up to date and accurate, and those staffers will all be furloughed.

“Many of the services offered through our websites, such as reference services and cataloging queries, require staffing, Gayle Osterberg, director of communications for the Library of Congress told Ars. “Those activities and corresponding expenditures are not allowed in the event of a shutdown.”

Read the full story on Motherboard. Photo via Wikimedia