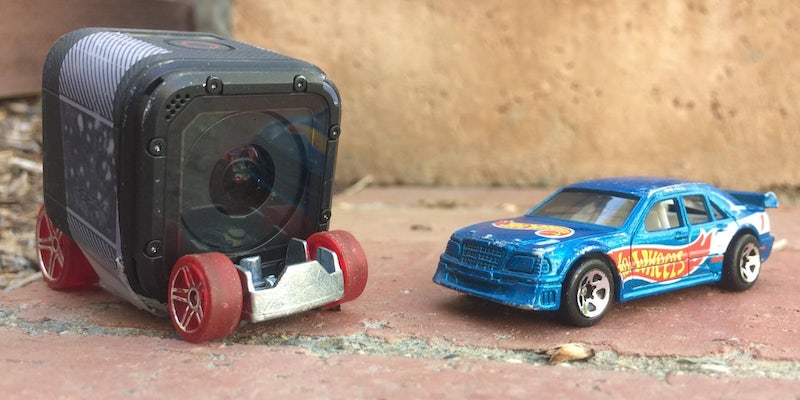 Hot Wheels cars are awesome all on their own, but when you catch them up close and personal with a GoPro they somehow look even cooler. One creative YouTuber has captured some impressive toy car stunts as though they’re big-budget action movie set pieces, and it’s all thanks to an action cam on wheels.

The stunt showcase features all kind of cool tricks, like huge jumps, barrel rolls, and flips, but it’s the close-up shots from the GoPro-on-wheels that are really the coolest. Seeing a tiny toy car fly across a huge gap from just inches away makes it all feel way more intense.

The GoPro car seems to be just a Hot Wheels frame attached, perhaps via tape, to the camera itself. How the weight of the cam and its position match up to create a stable ride is kind of nuts, considering the car is capable of diving across ramps just like the much smaller unmodified toy. Whatever magic is at work here is much appreciated, as the end result is a video worth watching more than once.