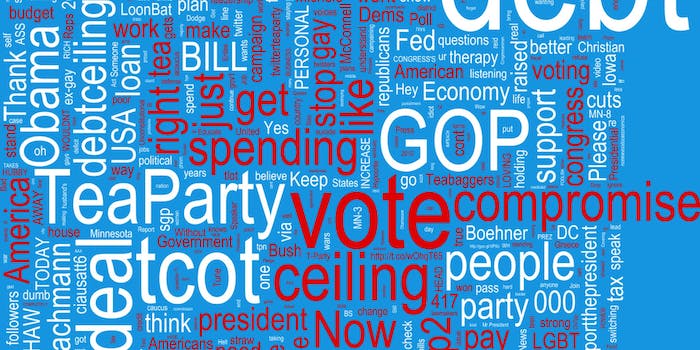 Twitter has profoundly changed politics. One might observe that the microblogging tool’s abbreviated format has taken a news cycle already driven by sound bites and reduced it to 140-character quips. Yet that same tool has allowed for politicians and voters to engage far more directly and spread their messages faster, farther, and more frequently than they ever could before. For the wide-open Republican field for the U.S. presidential election next year, Twitter is how they tell their stories to the voting public. And like a 24/7 debate, it’s the medium which reveals their flaws and strengths.

Below are the Dot’s summaries of the candidates’ positions and place in the race. Click on the candidate’s picture or name to see a detailed profile with the most telling tweets. The Daily Dot arranged words from each candidate’s tweet streams in a word cloud, a format which makes their use of language plain to see, and then selected representative tweets from the candidate and from Twitter users mentioning them.