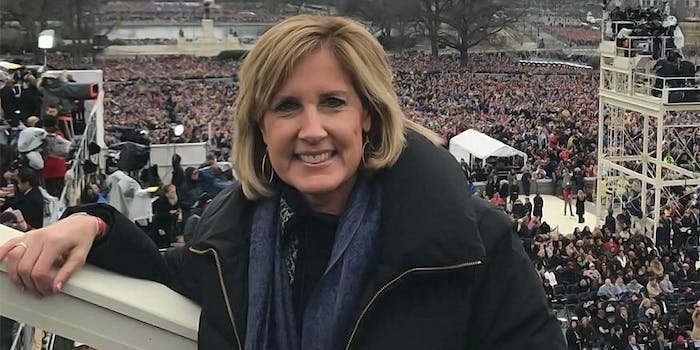 She did not provide any evidence to support this.

As the fight over gun control in the wake of the Parkland shooting rages, a GOP congresswoman has found a new boogeyman: Democrats.

Rep. Claudia Tenney (R-N.Y.) said that conservative stances on guns should be respected because “so many” people who commit mass murder “end up being Democrats.”

Tenney was being interviewed on WGDJ in upstate New York, and said that because of the push to address gun violence in the wake of a shooting that left 17 dead, a lot of “legal gun owners are going to be targeted now.”

Tenney was being asked about how her right-leaning constituents shouldn’t be punished for owning guns because her district is a low-crime area.

“Obviously there’s a lot of politics in it. It’s interesting that so many of these people that commit the mass murders end up being Democrats … but the media doesn’t talk about that either.”

Tenney’s opponent in her upcoming race immediately called her comments “toxic and vile.”

First, @RepTenney said Democrats are un-American. Now this. This toxic rhetoric is shameful and a new low even for Ms. Tenney. Inserting politics into a national tragedy is beyond the pale & disgusting. She should apologize now to spare our region any more national embarrassment. https://t.co/o85LNfoufP

GOP Rep Claudia Tenney of NY on talk radio this morning: "so many of these people that commit the mass murders end up being Democrats. media doesn’t talk about that" https://t.co/XJsMc70PW2

Tenney has had a recent run of controversial remarks, saying the domestic abuse allegations against former White House staff secretary Rob Porter were not “crimes of character.”

When contacted by the Washington Post about her assertions, Tenney didn’t back down.

“I am fed up with the media and liberals attempting to politicize tragedies and demonize law-abiding gun owners and conservative Americans every time there is a horrible tragedy,” she said. “While we know the perpetrators of these atrocities have a wide variety of political views, my comments are in response to a question about the failure to prosecute illegal gun crime.”