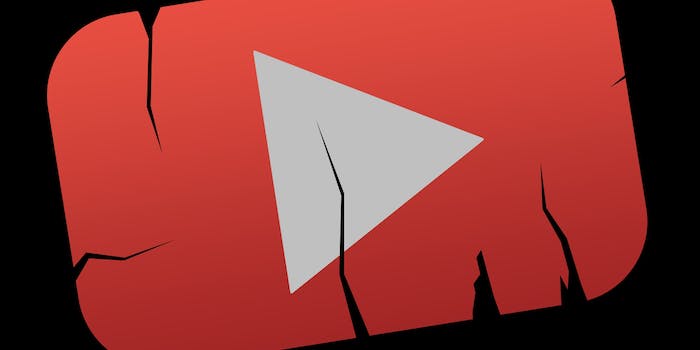 With AdSense, virality is a blessing and a curse

When content creators experience a sudden spike in popularity, things get complicated.

When it comes to AdSense, virality is a double-edged sword.

For the past decade, Google has the offered revenue-sharing service, and it’s used by approximately 14.6 percent of all websites and powers much of YouTube). It’s a simple setup: Creators make ad space available for advertisers, who bid in turn to use that space. When people click on a page and see the ads, creators get paid. On Tuesday, Google launched AdSense Direct, a new tool that allows publishers to sell directly to individual advertisers.

With many variables involved, it’s hard to tell exactly how much you’ll earn by using AdSense. Google takes 45 percent of the money made from ad sales, but only 15 percent from AdSense Direct transactions, according to TechCrunch. It’s estimated that YouTube partners who use the service generally make about $3-$5 per 1,000 views, with some of the most subscribed YouTubers these days making six-figures. (YouTube partners are not allowed to disclose how much they make off their videos.).

But buried beneath the news about AdSense Direct, there’s an unfortunate reality for many content creators: When there’s a sudden spike in popularity, things get complicated.

Google is always on the lookout for viruses, Trojan horses, spam, offensive material, and what it calls “invalid activity” on websites that use or try to take advantage of AdSense. For the company, that includes (but isn’t limited to) spam, invalid clicks on ads, paid page views, and “clicks or impressions co-mingled with a significant amount” of activity resulting from invalid clicks.

In fact, Google states in AdSense’s terms and conditions that it can terminate your agreement at any time and “for any reason.” And once your account is terminated, you’re not allowed to make a new account or monetize your content with Google.

Of course, you can appeal the AdSense ban by filling out an online form, but according to Zach Reyes, one person who got his ban overturned, “your chances of getting your account back are slim to none. That is the honest truth.”

“The whole process is incredibly vague,” Jeff Wysaski, the mastermind behind Pleated-Jeans, told me. “In fact, I don’t even know for sure the increase for traffic is the reason I was banned. I was never specifically told. Literally the only information they provided me was that I had been banned for ‘invalid activity.'”

He got banned from AdSense for “invalid activity” shortly after the post went viral, and he lost his status as a YouTube partner. With that, he lost the income he used to pay his bills.

That was last February.

No matter how big your website or channel was before the ban, you can contact Google only through its appeal form. The form itself is a single page with four questions, three of them open-ended.

One of the questions asks you to include “any relevant information that you may believe may have resulted in invalid activity.” Google cannot provide you with any information about your account activity, so users can only guess or assume what information the company is looking for.

A few days later after Wysaski filed his appeal, he received an automated response from Google. His appeal was denied. He appealed two more times without any results. He even drove six hours from Los Angeles to Google Headquarters in attempt to talk to anyone at AdSense about his account. He was informed that he was on a closed campus and told he would have security called on him if he didn’t leave.

At that point he gave up trying to get his account back. It was the announcement that he had to move to another channel that got people’s attention.

People have gone public with their AdSense frustration before—particularly the inability to find a live person at Google with whom to discuss their issues. A fan tried to help out YouTube gamer Nick Reineke by clicking his ads too many times, and Reineke suspected that’s what got his AdSense account banned. He talked to Kotaku after the third appeal attempt failed and said he felt helpless. Reineke’s account was restored soon after the article published, although he never received an explanation or any notification from Google.

Then there’s the case of Poorly Drawn Lines, a webcomic created by Reza Farazmand. It’s been updated every Monday, Wednesday, and Friday since April 2011. He got banned from AdSense on July 27 of that first year after this comic received about five times his normal traffic thanks to Reddit and StumbleUpon. Like Wysaski, he tried to appeal three separate times, and like Wysaski it was denied three times.

Initially, he thought it was a mistake by Google. After all, he ran a webcomic, not a content farm. But what bothered him was that to this day he still doesn’t know what got him banned.

“When you’re banned it’s announced through a form email, and any appeal denials they send are announced the same way,” Farazmand explained. “There are no actual people to talk about it, just a no-reply email address. It’s frustrating, but I guess that’s just the trade-off at the moment: Google provides content creators with this great free product, but when it backfires there’s not much you can do about it.”

But if his account was restored, he would jump at the opportunity to use it again because it’s one of the highest-paying CPM (cost per thousand) networks around.

“As a content creator it’s hard not to use Google products, and AdSense is generally a good program outside of this issue,” he said. “But when there’s the possibility of being banned without warning or explanation, and subsequently having your income stream cut off, it’s cause for concern.”

For some, the mere possibility of Google taking AdSense away is enough cause for worry.

Benjamin Grelle is pretty big on Tumblr—although you probably know him better as The Frogman. The 32-year-old St. Louis native has Chronic Fatigue Syndrome (CFS), so he lives at home with his parents and often runs comedy site thefrogman.me from his bed.

He makes money from AdSense, and he had a normal and uneventful relationship with Google—until last summer. He received a 72-hour warning to remove offensive content from his website, which had been deemed pornographic.

The post in question? A picture of Grelle’s leg with an ice pack on it from an injury he suffered from last year.

“I realize my pale white legs are not the most wondrous sight in the universe but they are certainly not offensive,” Grelle joked.

Grelle deleted the post. Nothing happened after the warning expired, and he went back to blogging GIFs, making original posts, and posting photos of his Corgi, Otis.

However, it wasn’t long before Google came knocking again; Grelle got another warning in July. Again, it cited pornographic material, and this time it linked to a page within his post archives.

Grelle has been blogging on Tumblr since 2009. While it’s easy to delete one erroneously flagged post, he had to get rid of something located on one of thousands of pages, and he had absolutely no idea what he was looking for. Panicking, he tried to think like a robot would and deleted anything in about a 20-page range that Google might possibly mistake for nudity.

Even after being overly cautious in his assertion, he’s worried that whatever Google thought was pornographic might still be on his site.

“AdSense provides my livelihood,” Grelle told the Daily Dot. “I depend on that revenue for food and rent. So when I get these threats of account suspension, my anxiety is palpable.”

He still has access to AdSense, but his anxiety won’t be curbed until enough time passes without any more issues.

Over and over again, content creators are calling for more transparency and human interaction with AdSense issues. Grelle spent hours trying to find someone at Google that he could talk to. Farazmand added more information to his case each time he appealed. Wysaski drove all the way to Google Inc. headquarters just to talk to someone who worked with AdSense.

Through research, each of them discovered more people who had similar problems. None of those people could get hold of a live person at Google, and almost none of them regained their AdSense account. Legitimate websites are losing their funding while others game the system and the revenue, no matter how small, remain in business.

And not only are content creators frustrated, they find the lack of communication with a real person throughout the process insulting.

As more content creators speak out about their issues with Google’s ad revenue system and the constant changes to websites like YouTube, they’re looking at other ways to make money with the content they love to make. Some YouTubers are using Subblime to make money by sharing the products they love (something they already do in videos and the comments section) while the Vlogbrothers Hank and John Green launched Subbable, a pay-what-you-want platform that rewards the viewers, not the views.

As for Wysaski, a year later, he’s finally built up his subscriber count on his new channel to the audience size he had on his banned one, around 85,000. He’s paid less attention to AdSense recently, but he knows how quickly the tide can turn.

“I completely understand that AdSense fraud is a major threat to Google’s business, and that they should take it seriously,” Wysaski said. “However, the repeated ban of legitimate publishers shows that something needs to change. I just don’t think it will.”