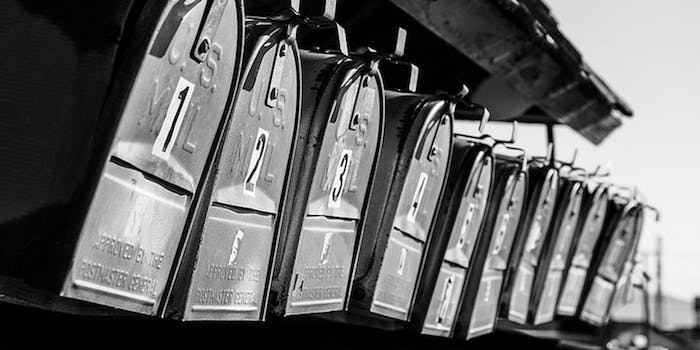 In an unusual move, Google blocks access to email without a court order.

Practically everyone has, at one point or another, sent an email to someone that they later wish they could take back. Unfortunately, once you’ve hit send, it’s virtually impossible to undo it.

Unless you’re one of the biggest investment banks in the world, apparently.

Yesterday, at the behest of Goldman Sachs, Google made the unusual move of deleting an email from its server that was mistakenly sent to the wrong address by a Goldman contractor. The worker, who was testing internal system changes at the firm, mistakenly sent an email containing private account data to an unknown Gmail address when she had meant to send it to a company “gs.com” address.

According to the Verge, Google voluntarily complied with the request to delete this mistakenly sent email despite initially saying they would only do so if Goldman obtained a court order. Goldman had filed with a judge seeking such an order, but late Wednesday Google evidently blocked access to it anyway.

“Google complied with our request that it block access to the email,” Goldman spokeswoman Andrea Raphael told Reuters. “It has also notified us that the email account had not been accessed from the time the email was sent to the time Google blocked access. No client information has been breached.”

The email was mistakenly sent back on June 23. In its court filings, Goldman said the email contained “highly confidential brokerage account information” for an unknown number of clients. The bank filed an incident report with Google shortly thereafter. On June 26, the tech giant confirmed that the email had not been opened, but said it refused to delete the email from its server without a court order. In their complaint, Goldman implored Google to take the email back before it was read to prevent a “needless and massive” breach of privacy.

Google’s press team did not immediately respond to the Daily Dot’s request for comment about why this decision was made and if it opened the door for regular email users to request messages be unsent.