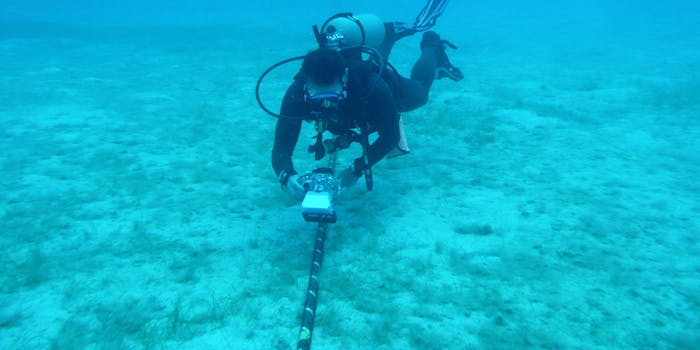 Google will build and operate a trans-Pacific underwater cable network in a partnership with Asian telecommunications companies that will connect the United States and Japan. The cable network will help improve Internet speeds in Asia, moving data at a blistering 60 terabits per second.

The cable network will be called FASTER, and it will have hubs on the West Coast in Los Angeles, San Francisco, Seattle, and Portland, and in the Japanese cities of Chikura and Shima. FASTER will be the newest member of the undersea cable network that keeps the world online.

Google will partner with China Mobile International, China Telecom Global, Global Transit, KDDI Corp, and SingTel to invest $300 million in FASTER, while NEC will be the system supplier for the cable network. The group expects FASTER to be ready by the middle of 2016.

“FASTER is one of a few hundred submarine telecommunications cables connecting various parts of the world,” Woohyong Choi, Google infrastructure business development manager and chairman of the FASTER executive committee, said in a statement. “These cables collectively form an important infrastructure that helps run global Internet and communications. The FASTER cable system has the largest design capacity ever built on the Trans-Pacific route, which is one of the longest routes in the world. The agreement announced today will benefit all users of the global Internet.”

These cables become more crucial every day as more of the world gets online. We’ve been laying and using transoceanic cables since the 1840s, and with less than half the human population currently connected, more cables will need to be added and existing cables improved to keep up with the demand.

“Along with our previous investments—UNITY in 2008 and SJC (South-East Asia Japan Cable) in 2011, FASTER will make the internet, well, faster and more reliable for our users in Asia,” Urs Hölzle, Google’s senior vice president of technical infrastructure, said.

Construction on FASTER will begin immediately.