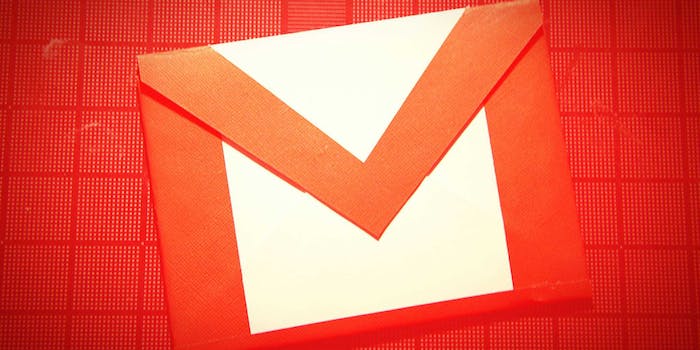 Last month, Google released an update for the iOS Gmail app that incorporated background app refresh, a new feature in iOS 7. This essentially means that your emails will be fetched before you open Gmail, cutting down the time it takes to access new emails once you open the app. But that wasn’t the only thing that Google changed.

In the blog post announcing the update, Google also noted that Gmail now supports single sign-on, just as other Google apps like Maps, Drive, YouTube, and Chrome currently do on iOS. This sounds great in theory—type in your username and password once for a series of apps—but the change wasn’t made for your convenience in mind.

First noticed by Quartz, the single sign-on feature being pushed by Google isn’t a move to ease the inevitable development of carpal tunnel syndrome in your thumbs, but a move to collect more information from Gmail and other Google services about its users for advertisers and marketers. The real reason Google wants single sign-on in its iOS apps (which it already has in Android) is to track your movements and habits over its collection of apps.

If you’re sent a link to a video in an email that you open Gmail, and then go over to view the video on YouTube, where you aren’t logged in, Google can’t explicitly link you to how long you watched the video, or what you watched after on YouTube. With single sign-on, that is no longer an issue. As is the case with Android, if you move through a series of Google apps on iOS, Google can follow your movements and track your habits to provide marketers with better information on what you may or may not like for targeted advertising.

If you use Google products, you have already agreed to allow your habits to be tracked back when you agreed to the new privacy policy Google instituted in 2012. Google combined 60 of its over 70 privacy policies into one in 2012. The changes were considered a breach of EU law, and Google was fined by France, Spain, and the Netherlands for privacy violations, and yet the privacy policy has not changed.

The privacy policy allows Google to collect and combine information over a series of products, and the single sign-on is the most powerful and effective implementation of that policy. It’s been commonplace on Android for a while, but with iOS 7 adoption topping 85 percent, these privacy changes could potentially affect hundreds of millions of users.

Unfortunately, Google’s subtle privacy shift has seemingly been overlooked, as this update was released on Mar. 5, to little fanfare or disapproval. The best case scenario is that we’ve failed to notice this issue, because the thought of society giving up the fight for privacy is distressing to say the least.