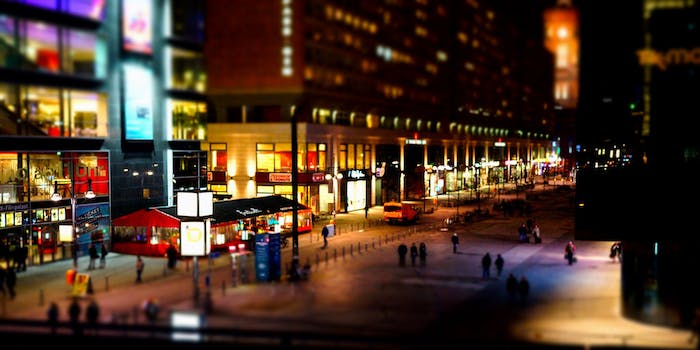 Google's next big project is taking on cities.

Google’s latest moonshot doesn’t focus on smart cars or face computers. The company is taking on cities—and it wants to make them more livable.

Google just launched Sidewalk Labs, a company that aims to use technology to improve the ways people live, work, and play in urban areas. The company tapped Dan Doctoroff, deputy mayor of economic development and rebuilding for the City of New York to lead this new initiative.

Technology is already changing how people interact with and live in cities. From analyzing traffic data to measure commuter patterns, to providing more efficient ways for residents to interact with city officials by creating online resources for feedback, cities are trying to smarten themselves up.

As population growth shifts back to cities, urban areas will face challenges trying to deal with the growing number of inhabitants. But Google wants to make it easier.

“Sidewalk will focus on improving city life for everyone by developing and incubating urban technologies to address issues like cost of living, efficient transportation and energy usage,” Google CEO Larry Page said in a statement posted on Google+.

Page didn’t describe the new initiatives in detail, but said the investment in the company will be on par with what Google pours into moonshot laboratory Google[x] and biotech firm Calico.

“It helps to start from first principles and get a big-picture view of the many factors that affect city life,” Page wrote. “Then, you can develop the technologies and partnerships you need to make a difference.”