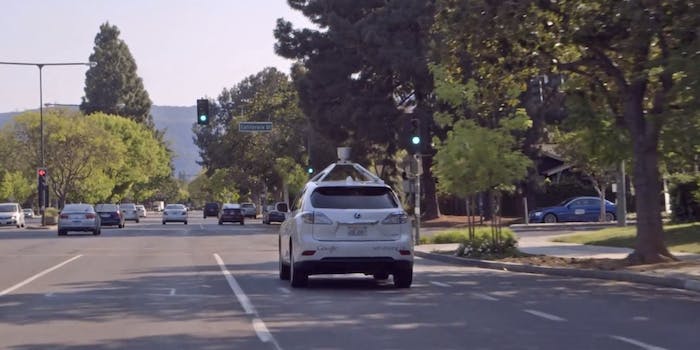 The software for Google's self-driving car project sounds so impressive that it almost makes up for Glass. Almost.

The dream of practical self-driving cars just got a whole lot closer to becoming a reality.

Google, whose self-driving car project has been in the works for a few years, has released a video Monday that demonstrates the car’s ability to navigate not just highways, but busy city streets.

Over the past few years, Google’s self-driving car has logged more than 700,000 hours of road time on the streets of Mountain View, Calif. The company’s engineers say they’ve fine-tuned the program’s software model so it can accurately predict hundreds of scenarios you might encounter on your daily commute, from a closed lane to a turn signal made by a cyclist.

City street driving comes equipped with its own set of challenges that’s distinct from, say, that of driving on a highway, with “hundreds of different objects moving according to different rules of the road in a small area,” Project Director Chris Thurmson wrote in a blog post.

Thurmson says that Google’s self-driving software can now automatically detect “hundreds of distinct objects simultaneously—pedestrians, buses, a stop sign held up by a crossing guard, or a cyclist making gestures that indicate a possible turn.” And the ultimate benefit of a self-driving vehicle is that, unlike a human driver, it can recognize and respond to all of this stimuli at once, without ever getting “tired or distracted.” 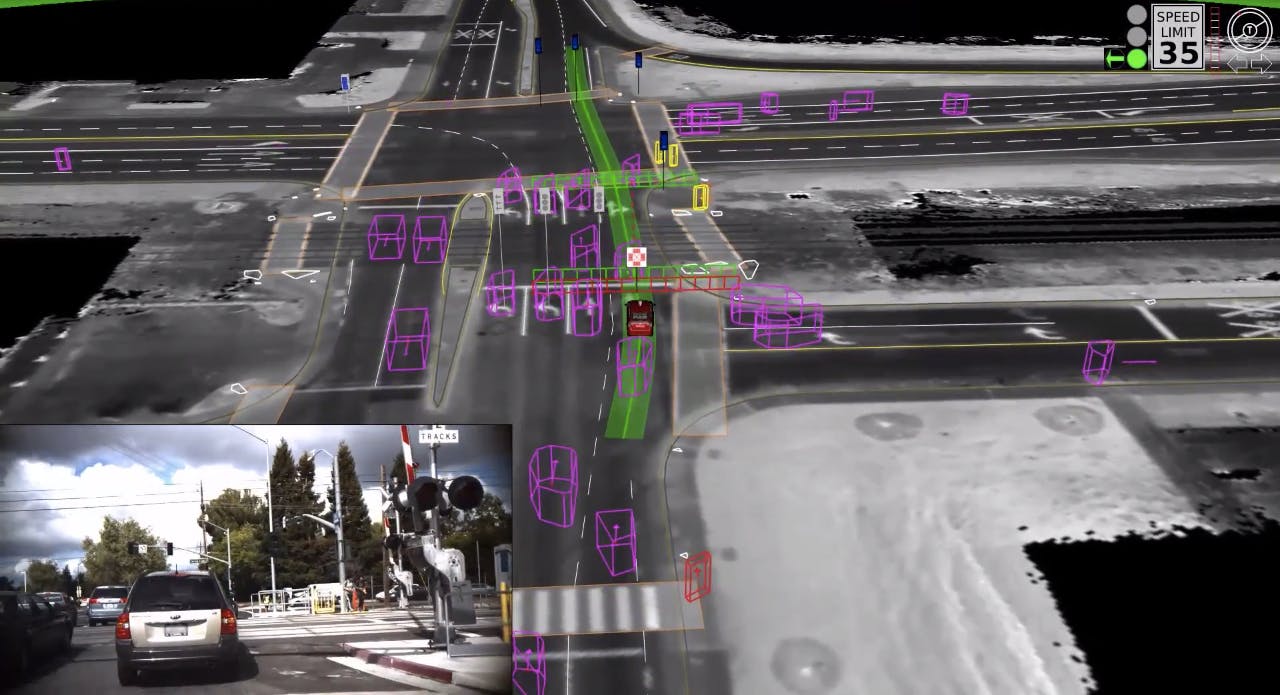 Of course, Google’s self-driving software has a long way to go before it’s made available to the general public. For one thing, it has to go through more testing on its home turf before Google tries it out on other city streets. But the fact that there’s a software that can accurately predict and respond to hundreds of scenarios that would be confusing or, worse, potentially lethal to the average human driver, is pretty freaking exciting. Now, if only Google could come up with a solution for drivers with terrible bumper decals.

H/T The Verge | Screengrabs via Google/YouTube