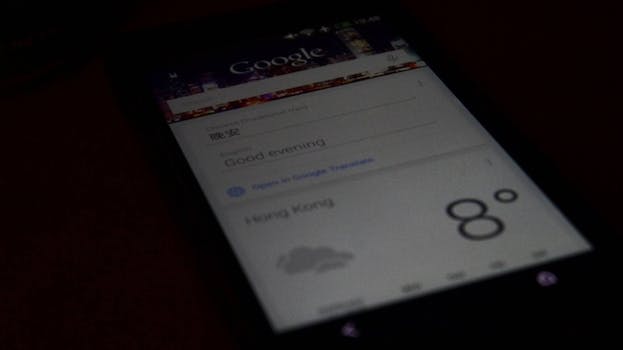 If there were any doubts about just how much Google knows about you, let one Reddit user’s experience put them to rest for you; Google Now offered a person condolences over the loss of their parent.

A man going by the username barney13 took to the r/Android subreddit to share his story about an unexpected message delivered via Google’s voice assistant.

While using the voice command feature of Google Now to summon photos from his Google Photos account, barney13 asked the service to show him photos from Nice, France. The user’s father had died in an accident in the city on the shores of the Baie des Anges, information that one wouldn’t imagine Google to know—or if it was aware of, wouldn’t know how to utilize.

According to the man’s Reddit post, before Google displayed the pictures, it delivered some words through Google Now’s digital assistant that offered very sincere condolences for the user’s loss.

“Firstly let me express my deepest sympathy to you, your mum and the whole family at your loss. Your dad was a fantastic man, as I am sure you already know,” the message said.

The man discovered the origin of the kind words weren’t from Google itself, but rather from an email received from a family friend soon after his father’s passing. Google pulled the third paragraph of an email sent in December 2010, realizing that it was in some way relevant to the photos that barney13 was attempting to view.

The reactions to barney13’s story vary. Many users find it touching, while plenty are unsettled by Google’s uncanny ability to not only dig through the entirety of a person’s past but also associate information that may not have direct links.

It’s not the first instance of big data analyzing information and turning it into a targeted message.

Target rather famously broke news of a teenage girl’s pregnancy to her father when it started sending out coupons for baby products based on her purchasing habits. In 2014, Office Depot accidentally exposed just how much information it had on its customers when it sent out a piece of mail addressed to the recipient’s name and included the note “Daughter Killed in Car Crash.” The man’s daughter had in fact died in a car accident the year prior.

Google’s attempt at this feels less cold than those, which were the result of cold, hard data with little consideration to the human element. According to barney13, the moment of artificially generated compassion was a completely unexpected but welcome. “I’m sad, I’m amazed, I’m taken back. What a lovely moment for some automated robot voice to express it’s sympathy to me,” barney13 wrote.

Dr. Pamela B. Rutledge, director of the Media Psychology Research Center, explained to the Daily Dot that barney13’s response to the message is natural. “We respond to statements of empathy emotionally,” she said. While the source of those messages matter to some degree, when delivered in the right way, they will “trigger images and emotions” that make us feel cared for—even when they’re computer-generated.

According to Rutledge, “anything that enhances our experience of positive emotions, even from artificial intelligence, benefits our emotional and physical health.” It’s the same thing that drives apps and games to offer words of encouragement and positive feedback, creating an emotional response in the user.

“The fact that we know it’s a computer doesn’t stop us from experiencing an emotional response, however diminished compared to receiving it from another person,” she explained. In the case of barney13, Google Now’s decision to read back to him an old email allowed him to revisit and remember his father in a positive way.

“Those emotions are real,” Rutledge said, noting that our unconscious brains do not distinguish between “real” and “virtual” in their instinctive responses. Even though barney13 recognized the condolences as an artificially created message, he responded to it in a genuine way—an experience Rutledge said is enhanced because it happened on a phone, which people view as personal devices and extensions of themselves rather than as computers.

Barney13’s post seems to corroborate Rutledge’s explanation. “Google knows everything, but I’m not scared of it knowing everything quite so much anymore,” he said.

Google Now has been listening to people speak for some time now. Perhaps it’s not so surprising that it’s picked up a couple things about how to talk to people along the way.

Google did not respond to request for comment on this story.