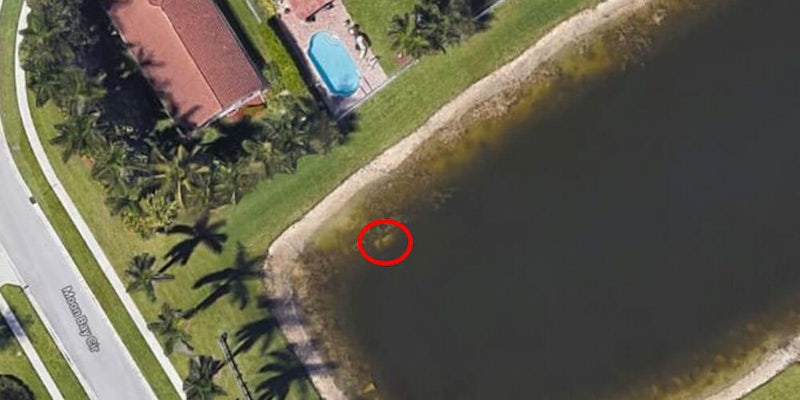 A vehicle seen submerged in a pond contained the remains of a missing Florida man.

The mystery of a Florida man who went missing 22 years ago has been solved, thanks to Google Maps.

The remains of William Moldt, who disappeared on Nov. 7, 1997, at the age of 40, were recently discovered inside a submerged vehicle in Moon Bay Circle.

A former resident of the area spotted the car in a pond while using Google Maps and alerted a friend who lived nearby. That friend is said to have used a personal drone to survey the pond and eventually contacted police after locating the vehicle.

Authorities pulled the vehicle from the water shortly after and found skeletal remains inside. Police confirmed one week later that the remains were that of Moldt.

The Palm Beach County Sheriff’s Office told the BBC that they suspect Moldt lost control of his vehicle while driving home from a club 22 years ago.

“You can’t determine what happened that many years ago, what transpired,” police spokeswoman Therese Barbera said. “All we know is that he went missing off the face of the Earth, and now he’s been discovered.”

Police say Moldt’s family has since been notified about the discovery.