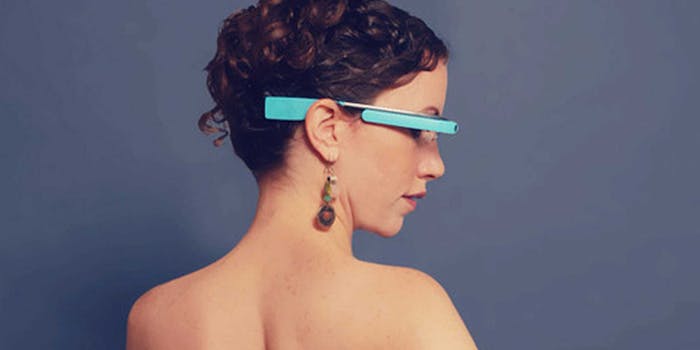 Tits & Glass users should expect an update today so MiKandi's app can stay in compliance.

On Monday, NSFW-app maker MiKandi announced via its Tumblr the release of Tits & Glass, Glassware that allowed users of the high-tech spectacles to “share racy content from their devices directly to other Glass users and online.”

But that success was short-lived. At some point over the weekend, Google changed its Glass Platform Developer Policies to include a clause that explicitly banned “content that contains nudity, graphic sex acts, or sexually explicit material.”

In an update published later on Monday, MiKandi CEO Jesse Adams notes that his company read over the policy very carefully to ensure that the Tits & Glass Glassware was not in violation.

“We were not notified of any changes and still haven’t been notified by Google,” Adams wrote. “We also double checked our emails to see if any notifications of policy changes were announced, but we haven’t found any.”

The CEO also noted that Tits & Glass is still live, but that users should expect changes to the application Tuesday so the company is in compliance with the new terms.