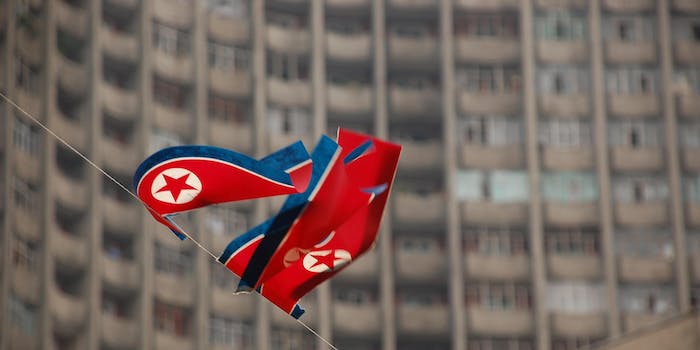 How do you say Glasshole in Korean?

North Korea’s isolationist policies haven’t exactly given the DPRK a reputation as a tech innovator. The government does not give its citizens access to the Internet. Information is tightly controlled. So when a reporter brought Google Glass to the country, residents were curious.

Reporter Kenny Zhu was able to enter North Korea and take video footage and photos with Google Glass. He’s the first person in the media to have done so, and he was given permission with an important caveat: Everything had to reflect positively on the DPRK. Zhu noted that the temporary foreign visitors are not allowed to access the Internet, so Glass was treated as a video and photo recording device.

Zhu visited Pyongyang, Kaesong, the DMZ, and a number of other places in North Korea. He reports feeling surprised by how many foreigners he saw within the country, which is known for being the most closed-off state in the world. The price to travel to North Korea is far higher for people within the U.S. than it is countries like China, so it’s not quite as out-of-reach for Chinese tourists.

Zhu noted that North Korean officials reacted to Glass with interest. “They were suspicious of the Google Glass at first though, asking me some questions about it—how it work[s], what does it do, etc.. I let them played around with it and they seemed flattered and inquired no more,” Zhu told CNN. He also said that a DPRK official accidentally recorded himself while trying on Glass, but Zhu didn’t want to upload the footage in case it had negative consequences for the official.

Zhu’s complete report is posted online. The images are interesting primarily because they were taken with Glass. If you’re interested in more candid images from life in North Korea, the AP’s chief Asia photographer David Guttenfelder takes tremendous photos from within the DPRK, frequently posting shots to Instagram. They tend to capture more of the day-to-day life in North Korea than Zhu’s photos, which were primarily taken of tourist attractions.