This site won't actually tell you your future, but it will show you something more important.

Want to know what the next few years have in store for you? How about focusing on the immediate plight of refugees who might not live to see the next few months instead?

A Dutch PR company is trying to raise awareness of the European refugee crisis by setting up betagoogle.com, a website that looks like Google’s attempt at fortune-telling but in reality forces unsuspecting Internet users to confront the grim reality faced by those refugees. 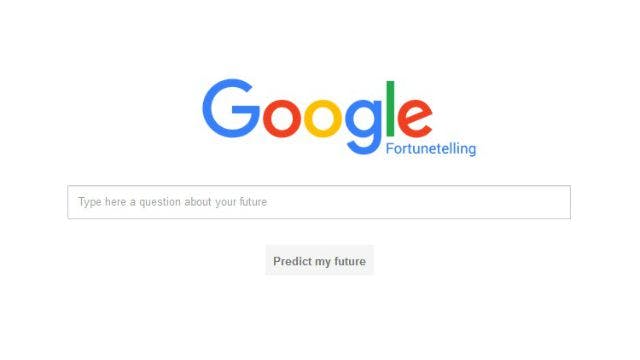 As soon as you type in the first three letters of the word “where,” the website takes over for you and automatically fills in the rest of the query—a query you probably hadn’t intended to type. 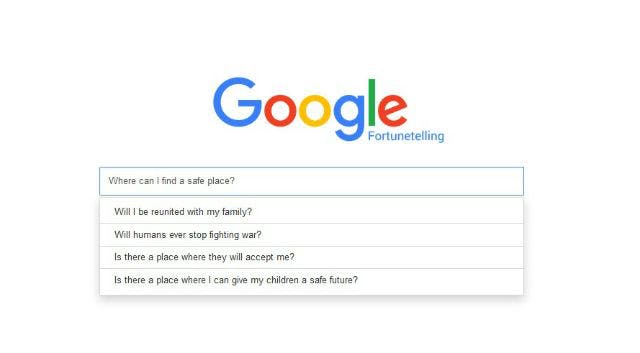 No matter what you type into the search bar, the results look like this. 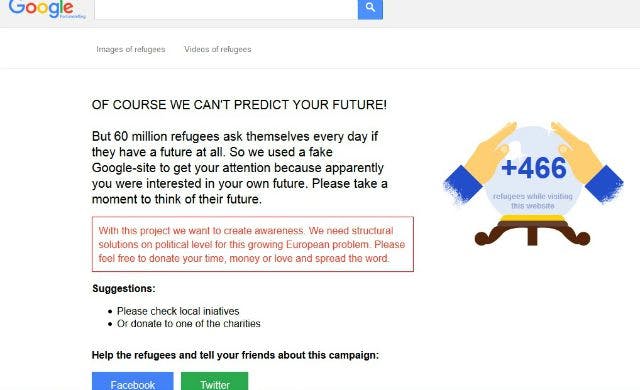 The site also links to the United Nations Refugee Agency, to which people can donate to help bolster relief efforts.

“The campaign is very successful worldwide right now; it’s amazing,” Jort Boot, owner of BrainMedia, told Digiday. “We are very happy that people care about this problem and are sharing it and creating awareness around the world.”

The real Google also is hosting a fundraising campaign for the refugee crisis, and so far, the search engine says it has raised more than $10 million in donations.