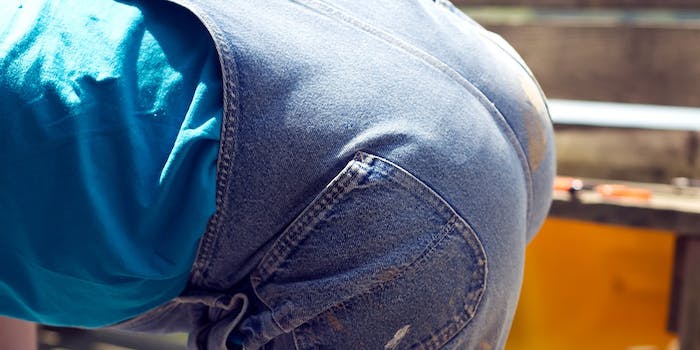 Google AdSense is bugging out over a sex column about farts

Ever heard of the expression “pick your battles”?

It’s well-established that Google AdWords is not exactly a friend of the adult industry, due to a recently instituted ban on ads featuring adult content that was prompted by complaints from family-values groups. But the tech giant recently took things a step further by asking one San Francisco media outlet to remove some of its content, on the grounds that it violated their AdSense policy. The offending content in question? A four-year-old sex-advice column about farts.

According to Violet Blue at ZDNet, Eve Batey, the publisher of the San Francisco alternative news publication SF Appeal, recently received an email from a Google AdWords rep asking the website to remove the column, as it violated Google’s policy. The email read:

This is a warning message to alert you that there is action required to bring your AdSense account into compliance with our AdSense program policies. We’ve provided additional details below, along with the actions to be taken on your part.

Batey was stunned, but even more than that, she was confused. “Look, I’m not arguing that a column about flatulence is the height of journalism (though it is a good column!),” she told ZDNet. “But this email is so non-specific: what are we supposed to remove? I don’t know, and Google’s not telling us.”

Since June, when Google amended its AdWords policy to prohibit “graphic depictions of sexual acts,” the company has been putting the kibosh on adult industry advertising, which has seriously eaten into the industry’s revenue. For the record, Google’s ad revenue accounted for nearly 32 percent of global advertising spending in 2013 alone.

In response to allegations that Google AdWords is attempting to infringe on freedom of the press, a Google rep sent a statement saying that all Google AdSense publishers are required to adhere to Google’s Terms and Conditions, including their policy prohibiting adult content, along with the following preamble:

We don’t comment on specific publishers, but below is a general statement. Also here is more on our adult content policies:

Your headline is inaccurate — we don’t require publishers to change their content. They cannot run ads against content that is not in line with the policies (so they could take the ads off those pages and still run them elsewhere on the site).

OK, fine, but still: a column about farts?!