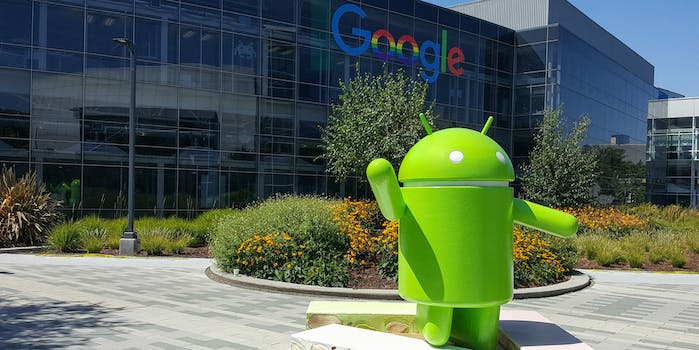 TechCrunch was notified by AntiToxin Technologies, an anti-harassment group focusing specifically on child safety, that Google and Facebook ad networks are hosting ads on these apps.

A video provided by AntiToxin that TechCrunch shared shows a user tapping into one of these apps and typing “child” in the search bar. There’s a four-second long ad by Q Link Mobile before the user is taken back to the app, where the first group that appears is titled “Child Nude FBI Police.”

“We also found that these same apps, integrated adtech SDKs that allowed them to run ads and profit from their link-sharing activity,” AntiToxin told the Daily Dot.

In advertising technology (or adtech), SDKs (Software Development Kits) are a crucial part of monetization for apps. According to AntiToxin, the most prevalent adtech SDKs these apps had were owned and operated by Google, Facebook, and StartApp.

The developers of the apps made money from running ads from companies such as Q Link Mobile, while these ads were facilitated by SDKs owned by the tech giants, AntiToxin explained.

The companies who advertised on these apps—such as Amazon, Q Link Mobile, and Sprint—were, in turn, helping fund these developers.

“Google has a zero tolerance approach to child sexual abuse material and we’ve invested in technology, teams, and partnerships with groups like the National Center for Missing and Exploited Children, to tackle this issue for more than two decades,” Google said in a statement to TechCrunch.