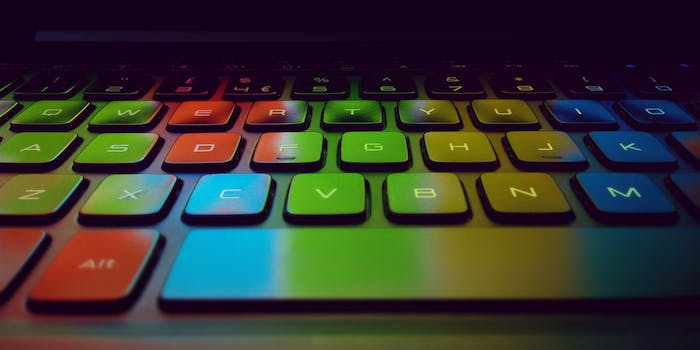 Photo via sagesolar/Flickr (CC BY 2.0)

This article contains language that some readers may find offensive.

What the hell is up with Google Docs’ voice-typing feature?

The company unveiled a new suite of tools for Google Docs last week, including a feature that lets you type with your voice. But Google won’t type everything for you. The feature censors certain swear words, linguist Gretchen McCulloch discovered.

Google Docs is widely used in offices in classrooms, so it sort of makes sense that Google would automatically censor the use of swear words to help employees and students avoid controversy. But it also assumes that people would want that language censored in the first place.

I tried out a few words to see if I could trip up the PG-rated voice recognition: Words like “fuck” and “whore” were censored, while Google allowed the full spelling of “bitch,” “dick,” “damn,” and “pussy.” 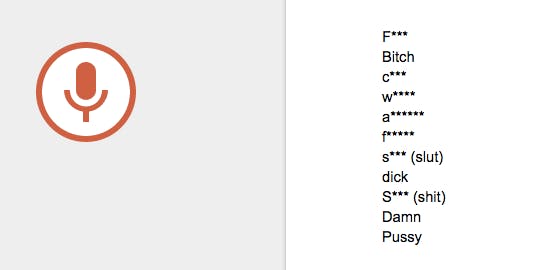 Apple’s speech-to-text is a little less prudish. I tested similar words on Pages and iMessage, and I found that, while Apple couldn’t recognize “cunt,” it didn’t automatically censor any curse words. Google’s iOS app censors swear words when using voice-to-text. Siri will give you some attitude, and Safari suggests a relevant website. Google Docs isn’t the only place the company automatically censors your voice. Android’s voice-to-text feature automatically turns curse words into censored speech, but Google provides an option to turn off the feature in the “voice” setting under “Search and Now.” Google also lets you turn on and off SafeSearch, the feature that censors images Google thinks include graphic content.

After digging around in the Google Docs settings and tools preferences, I couldn’t find an option to disable the asterisks. For now, you’ll have to type your swear words by hand.