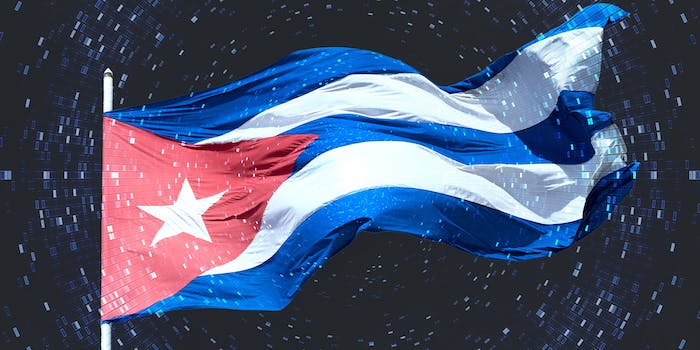 Internet speeds are expected to be 10 times faster on the island.

Google and Cuba have signed an agreement to allow the tech company to store servers on the island, the Associated Press reports.

While the deal will not broaden internet access throughout the country, it will help increase internet speeds for Google services like YouTube and Gmail for Cubans who can already get online.

Currently, these services are accessed through the closest Google server in Venezuela. But by having local servers on the island, signals will travel a shorter distance and speeds could become up to 10 times faster.

In a blog post regarding the deal, Marian Croak, Google’s vice president of access strategy and emerging markets, and Brett Perlmutter, head of strategy and operations for Google Cuba, wrote Google first emerged in the country with the release of services like Google Chrome and Google Play in 2014.

“Taken together, all these projects are tied to Google’s core values to make the world’s information useful and accessible to everyone regardless of cost, connectivity, and language barriers,” Croak and Perlmutter wrote.

According to the AP, Cuba has some of the most exclusive and expensive internet access in the world. Home access is illegal, and though the country has expanded public access and cut costs, the government charges the equivalent of a month’s salary for 10 hours of access. Freedom House estimates the internet is only accessible to 5-30 percent of the country.

President Barack Obama announced in 2009 that U.S. companies could provide internet to Cuba, but Cuba’s government rejected the offer.

The AP also reports that Cuba appears to be accelerating deals with American companies to further the U.S.-Cuba normalization before the inauguration of President-elect Donald Trump. Officials familiar with the situation say other deals are in the works, too.