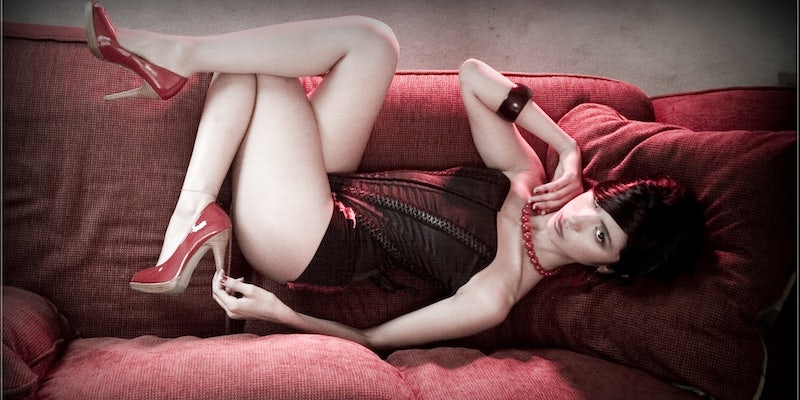 Google is not known for being a fan of adult content. Now, the company has decided to continue its crackdown by announcing a drastic change to its popular Blogger platform, which essentially bans all publicly available NSFW content from the site.

The move could have widespread implications for other Google services, as well as competing blogging platforms like WordPress.

Beginning March 23, Blogger will no longer host “sexually explicit or graphic nude images or video” unless they are deemed to hold “substantial public benefit.”

“A tiny, elite group of mostly white male heterosexuals will decide what can and can’t be written about.”

Blogs that feature adult content will automatically be made private if Google deems them to be in violation of its new policy. Private blogs are accessible only to individuals given manual access.

Google’s own explanation of the change suggests that bloggers either remove any sexually explicit content from their blogs, or make the blogs totally private before Google does it for them.

Blogs that are determined by Google to have “substantial public benefit” will still be required to host an intermediary notice for adult content in order to remain public.

The news has sent shock waves through the Blogger communities that feature explicit content, from erotica blogs to circumcision blogs to clothes-free blogs.

“Google can refuse to host any blogs that give it a shudder of post-wank shame,” sex blogger Girl on the Net wrote in reaction to the news.

Darren Grathy, an erotica writer and host of the website Impregnation Erotica, pointed out in a complaint on the Blogger help forum just how devastating the changes would be for her and other erotica bloggers.

Set to private and by ‘invitation only’, our websites will be all but destroyed. The fact that you haven’t deleted our content is of grim consolation when you kill off our entire user base…With no public access, our sites will wither from inattention and lack of new insight and comment. What will be left in mere months will be a collection of dead domains, desiccated corpses of once vibrant and wholesome adult communities laid waste by this policy decision.

“This is a wakeup call,” wrote tech and sex blogger Molly Moore. “It is time to move your blog to self-hosting if you have adult content of any type.”

Blogger has been one of the most popular blogging platforms on the Web for over a decade. Its popularity led to Google acquiring it in 2003.

Google has been cracking down on NSFW content as of late. In 2013, the tech giant banned adult content from its Google Glass platform. Last spring, the company quietly rolled out a new policy prohibiting pornographic content on Google AdWords, reportedly in response to pressure from right-wing watchdog groups.

Yesterday, Blogger users who’d marked their blogs as “adult” received the following notice in their inboxes:

In the coming weeks, we’ll no longer allow blogs that contain sexually explicit or graphic nude images or video. We’ll still allow nudity presented in artistic, educational, documentary, or scientific contexts, or where there are other substantial benefits to the public from not taking action on the content.

The new policy will go into effect on the 23rd of March 2015. After this policy goes into effect, Google will restrict access to any blog identified as being in violation of our revised policy. No content will be deleted, but only blog authors and those with whom they have expressly shared the blog will be able to see the content we’ve made private.

Our records indicate that your account may be affected by this policy change. Please refrain from creating new content that would violate this policy. Also, we ask that you make any necessary changes to your existing blog to comply as soon as possible, so that you won’t experience any interruptions in service. You may also choose to create an archive of your content via Google Takeout (https://www.google.com/settings/takeout/custom/blogger).

As the Verge points out, this is an almost total reversal of Blogger’s longstanding policy of non-censorship.  Now, Google will decide for you whether your NSFW blog contributes to the public interest, and it may turn off the lights depending on its decision.

While all of this might seem inevitable, Blogger user plashingvole made an important point about why the trend disturbed them.

“A tiny elite group of mostly-white, mostly-male, mostly-heterosexual elitists is now going to decide what can and can’t be written about and shown in one of the few uncommercialised spaces on the web.”

On her blog, Grathy encouraged users to speak up while they still could.