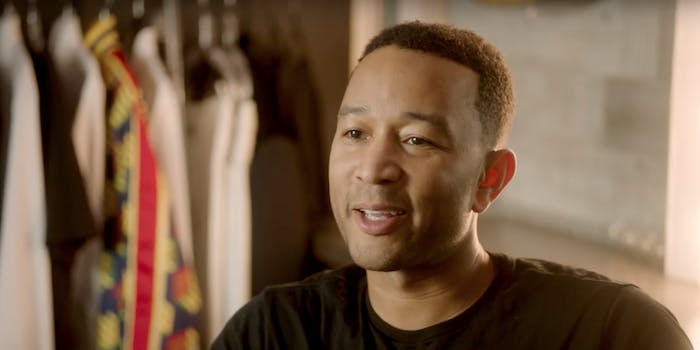 The voices of virtual assistants can come off sounding robotic and disjointed. It makes sense—they’re not actually human, after all. Google, however, is trying to fix that awkward issue by introducing new voices for its Assistant, including a voice you may recognize.

John Legend is one of Google’s six new voices for Google Assistant. The other five voices are a mix of male and female, with different tonal qualities and speaking cadences. Google announced the vocal additions to its digital assistant at its Google I/O developer conference in Mountain View, CA on Tuesday.

Including its current male and female options, this brings the total number of Google Assistant voices to eight. And to date, John Legend appears to be the first celebrity to lend his voice to such an endeavor. (As long as you don’t count Scarlet Johansson’s disembodied AI in the 2013 movie Her.)

While you might be wondering why John Legend decided to lend his voice to Google’s virtual assistant, it’s actually not too surprising. Legend seems to be a Pixel spokesperson of sorts—he filmed the entirety of his “A Good Night” video using a Pixel 2 smartphone.

While Legend lent his voice in recording sessions for Google, it would be nearly impossible—or at least very time consuming—for the singer to record all of the possible combinations and permutations of words and phrases Google Assistant could utter. To compensate for this, Google developed a technology called Wavenet. This lets Google simulate a vocabulary while only needing a fraction of the human audio recording time. With Wavenet in place, it’s possible we could see other new and famous voices added to the Google Assistant mix on a more regular basis.

Legend’s voice, as well as the other new voices being introduced in Google Assistant, will debut later this year.