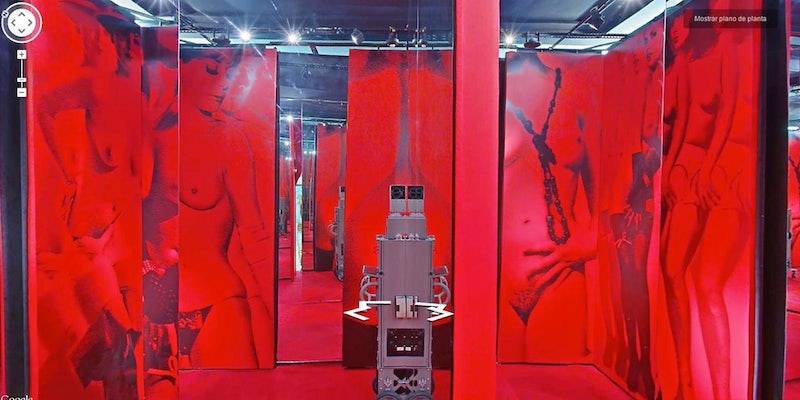 Google’s Art Project has, over the past three years, made available online tens of thousands of works of art by more than 6,000 artists, working with some 250 institutions to do so. A part of Google’s Cultural Institute, Art Project has also used Street View technology to “cover” 60 different museums. And in the process, Google’s robots have started taking selfies.

Spanish artist Mario Martínez Santamaría has begun collecting these images, stray photographs caught in mirrors hanging on the museum walls, and sharing them on his Tumblr. He calls it The Camera in the Mirror. 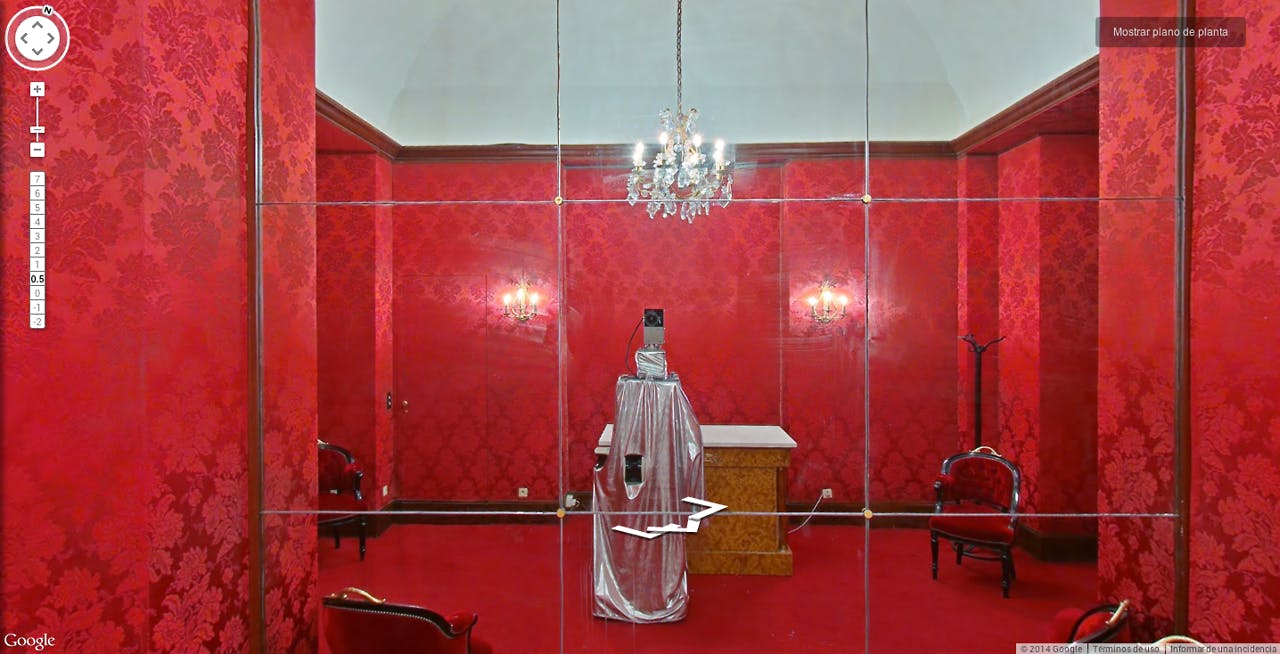 Museums, as architecture, are usually themselves at least as interesting as the art they contain. The idea behind Google’s “museum view” is simple—to simulate the experience of wandering through a museum. (Neither Google nor Santamaría immediately responded to requests for comment.) And of course, even as there is always something a little bit eerie about looking at a familiar street in Google Street View, so too is moving through a museum captured and represented on your 11-inch or 13-inch laptop screen a little bit… odd.

Santamaría’s project, though, tilts the whole thing another 45 degrees. There is something Kubrickian going on here, as if 2001: A Space Odyssey and The Shining collapsed into each other. 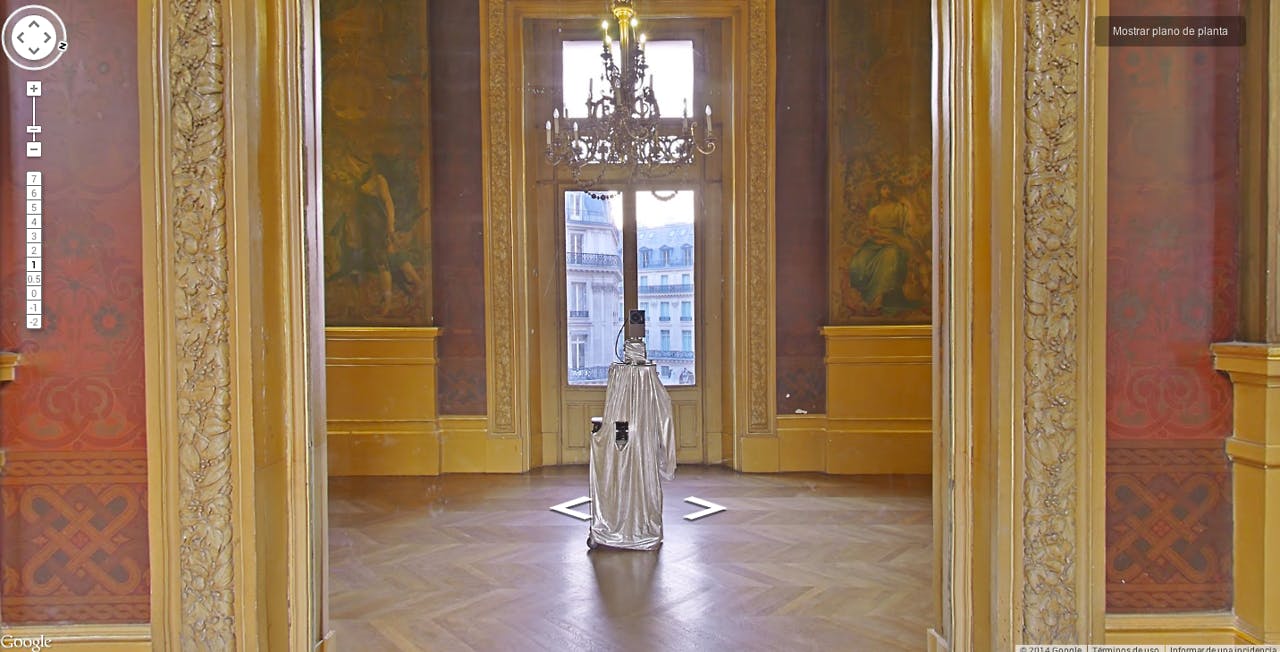 Part of what makes these images so unsettling is the sense that they are private, or that we have intruded upon something private. There are no people present, only the robot camera and the mirror. We are intruding upon something; we’re embarrassed—what a human feeling is embarrassment! And how unsettling it is to have been embarrassed by something as inhuman as a robot.

One wonders if the artificial intelligences of the future—the arrival of which, increasingly, seems not only inevitable but imminent—will look (“look”) back on these photographs as we look upon cave paintings—early records of sentient beings, alien and yet altogether familiar, contemplating themselves. 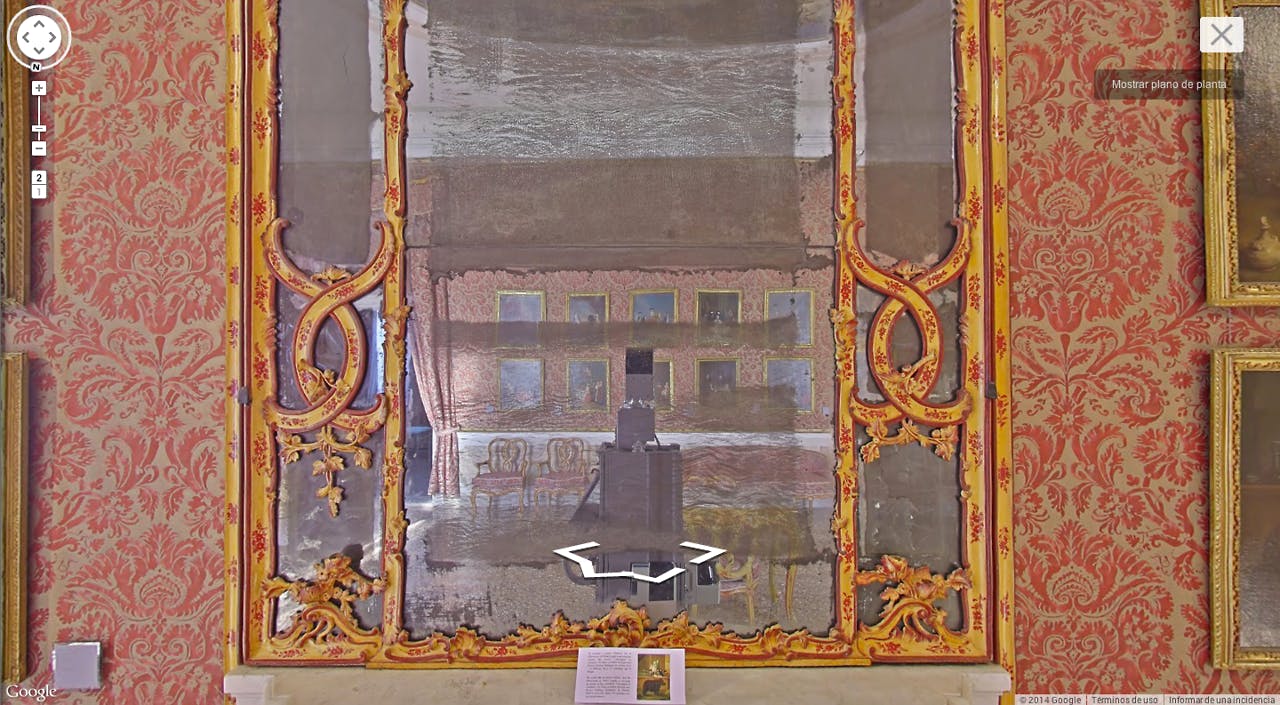 But no, what we see here is, of course, an accident. Of course.

H/T QZ | Image via Camera in the Mirror/Google