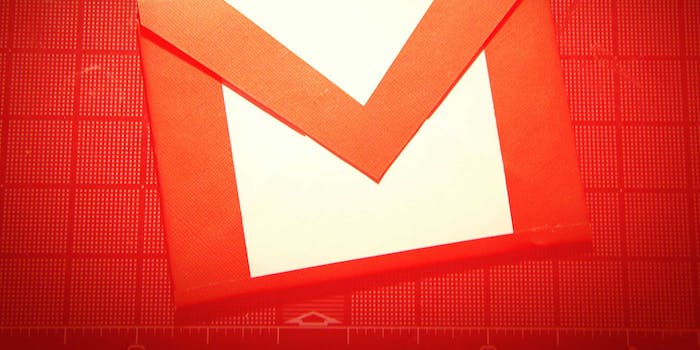 "End-to-end encryption is the best defense for message protection, though it comes at a considerable cost in functionality.”

An unnamed source at Google said that the company is researching ways to make encryption tools easier to use for Gmail users in response to the drama that unfolded between the NSA and whistleblower Edward Snowden almost a year ago.

While PGP, or Pretty Good Privacy, is currently available through Gmail, mass adoption has not become widespread. Created in 1991, PGP is an encryption program that allows for private messages to be sent between two parties, both whom have access to a private key that enables them to access the messages.

“End-to-end encryption is the best defense for message protection, though it comes at a considerable cost in functionality,” Google told VentureBeat.

Currently, PGPs is not user-friendly, with the biggest problem having to do with keeping your user key secure. And sharing that key among your computer, tablet, and smartphone increases the risk that a hacker can find your key and unlock your presumably private messages.

Other third-party companies, such as Mailvelope and Enigmail, have tried their hands at creating user-friendly PGP but with little success. A representative from GPG Tools, which makes extensions for Apple Mail, told VentureBeat that they saw a surge of downloads in July 2013, following revelations about the NSA, but the number was back down by September.

Gmail users shouldn’t hold their breaths for the possibility of complete encryption, though. Google sifts through emails in order to push targeted ads to its users. Total encryption would impede their ability to monetize through advertising.

As online privacy becomes a growing concern for Internet users, a user-friendly encryption method could bode well for Google. It remains to be seen, however if the company will be successful and if so, if the option to encrypt emails will be a prominent feature on the site.