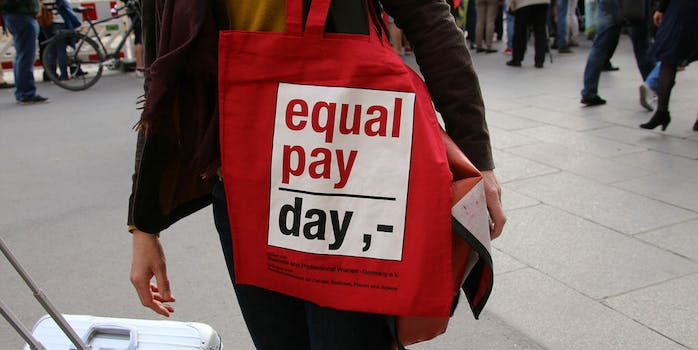 You can follow Glassdoor's steps to check that your company pays fairly.

The gender wage gap isn’t a myth. According to Glassdoor’s own extensive data, on average, women have a 24.1 percent lower base salary than men. Starting out low leads to lower earnings over the course of a woman’s career. So in honor of Equal Pay Day today, Glassdoor’s trying to do something about that. The job search site has published a pair of guides companies can use to ensure they’re offering equal pay to employees.

“The reality is if employers haven’t done the work to truly analyze their pay data, they will have a hard time knowing if a wage gap exists,” Dawn Lyon, Glassdoor’s VP of corporate affairs, said in a release. Lyon stresses that the wage gap often isn’t a result of intentional bias—such a gap can sneak into a company over the years. And luckily, within an organization, the gap usually isn’t quite so striking. For a man and woman working the same job with the same experience level at the same employer, Glassdoor found the wage gap is typically more around 5.4 percent.

Glassdoor’s goal is to give companies and HR practitioners “the basic tools they’ll need to perform their own internal gender pay audit,” without having to hire expensive third-party consultants or a team of data scientists.

The first is a 17-page guide for employers that covers everything from gathering the data in the first place to calculating adjusted pay gaps. The second is a five-step guide for HR teams to begin the pay gap-closing process.

Glassdoor considers the gender wage gap: “The difference between average pay for men and women, both before and after we’ve accounted for differences among workers in education, experience, job roles, employee performance and other factors aside from gender that affect pay.”

For companies, managers, and executives that want to get involved, Glassdoor has a pledge you can sign. It’s also promoting the #StandForEqualPay hashtag on social media.