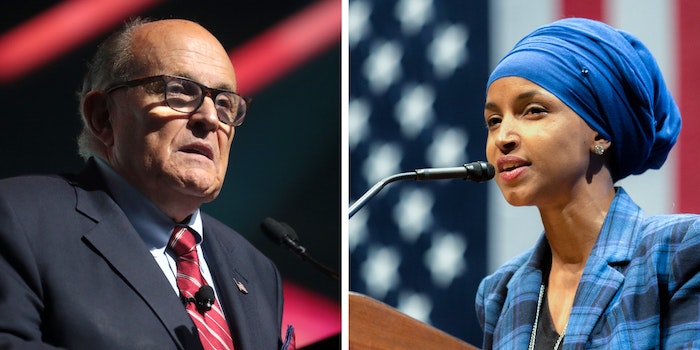 Here comes another fact-check for the photo that just won't quit.

Rudy Giuliani is the latest Republican to promote a photo supposedly featuring Rep. Ilhan Omar (D-Minn.), which has been repeatedly debunked.