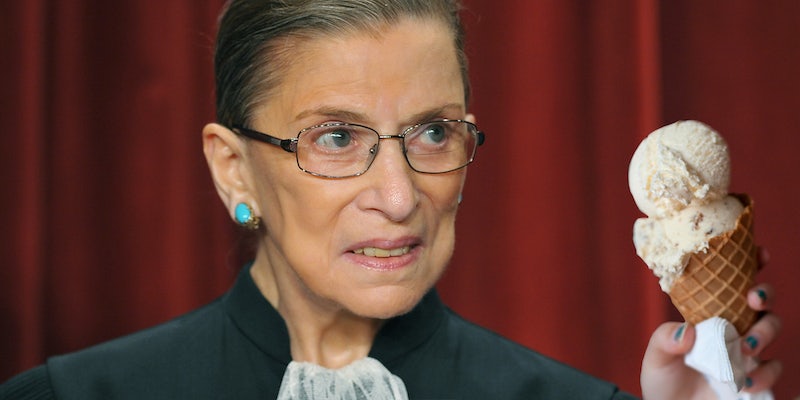 She'd only be the fourth woman to get her own flavor from the Vermont ice cream maker.

Supreme Court Justice Ruth Bader Ginsburg is a liberal hero, a thorn in the side of conservatives, 82 years old, and fabulous. She may also soon be the namesake of a delicious new ice cream flavor.

Yael Mazor-Garfinkle of Melrose, Mass., has created a Change.org petition to get a Ben & Jerry’s flavor named after Ginsburg. In her petition description, Mazor-Garfinkle points out that, of the 20+ honorary flavors created by the Vermont dessert purveyors over the year, only two have been named for famous females. Those honors have gone to Tina Fey and snowboarder Hannah Teter.

The proposed flavor is Ruth Bader Ginger, and it sounds absolutely delicious. 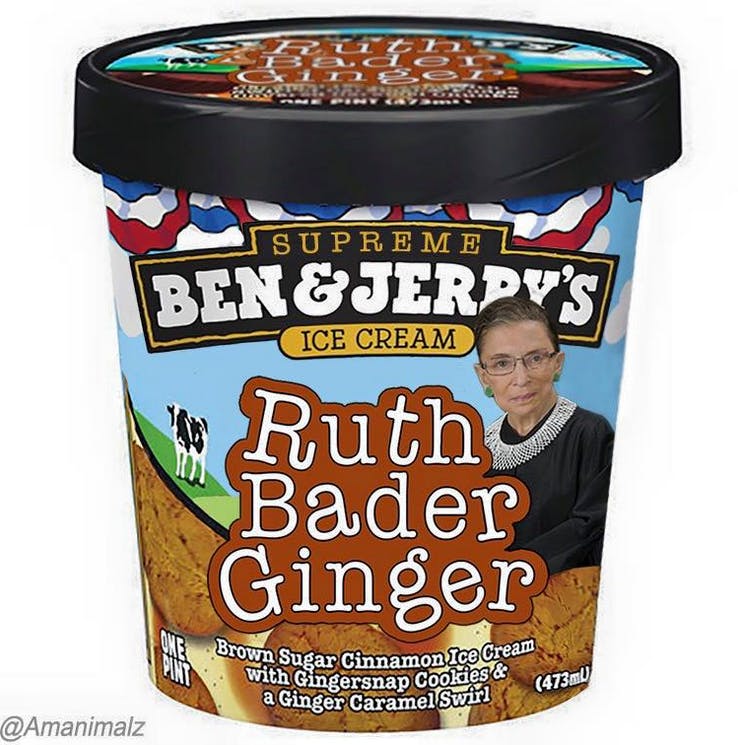 “Rather than honoring Jimmy Fallon‘s 1 year anniversary of hosting The Tonight Show,” Mazor-Garfinkle writes, “we instead should honor women who have made significant contributions to American history.”

Ben & Jerry’s did not respond to our request for comment in time for publication. We will update with any response we receive.

The petition was a result of an NPR op-ed called “Why We Need Ruth Bader Ginger Ice Cream.” It explored Ben & Jerry’s women problem, and offered other suggestions like “S’moria Steinem” and “Jane Austen Cream Pie.”

At the time of publication, the petition has 195 of the 200 supporters needed to hit its goal. I scream, you scream, we all scream for this dream to come true.