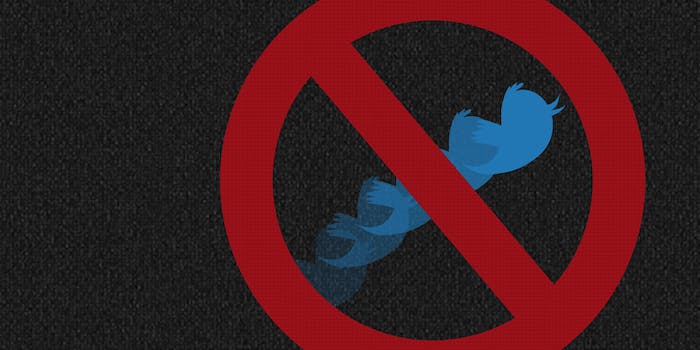 Twitter, quit playing games with our hearts (and looping videos).

People love GIFs. People love tweeting GIFs. Unfortunately, Twitter does not make it easy: GIFs show up as links, not images, unlike on Tumblr, where they animate automatically. (There are a few complicated workarounds.)

Twitter displays Giphy’s GIF offerings within user profile feeds, but on the main feed, they appear as links. GIFs from other sites are not supported at all, however. It’s an incoherent policy.

Yesterday, Twitter users got excited because it looked like the microblogging service was finally officially supporting the looping image format. Users started posting them, reveling in their ability to convey emotion through Spongebob reaction shots.

And as quickly as they came, they were gone. At first, people thought it was just an error from enthusiastic users uploading too many GIFs at once.

Twitter adds GIF support. Seconds later, you can’t post a GIF anymore because too many GIFs are being posted. #error #neverchangetwitter

But then they never came back. All we are left with are mostly screenshots… and questions.

Based on the above tweet from Amber Gordon, a Tumblr employee, it looks like Twitter was changing GIFs to MP4s during the uploading process, which gives insight into the company’s plan to support GIFs.

Wall Street Journal social media editor Elana Zak told a curious user that Twitter was allowing GIF uploads under 5 MB (which is really large for a GIF), but also noted that it looked like the feature was having an error.

@JustinNXT Yes and no. If it does, the file has to be smaller than 5MB. But Twitter seems to be having an “internal server error” now.

It may have been a test available to a select group of users that received more attention than Twitter predicted, which is why they pulled support so quickly. Daily Dot asked Twitter what was going on but have yet to hear back. We’ve attempted to upload GIFs smaller than 3 MB, but internal service errors keep cropping up.

This was likely a test for a new feature—but I’d like to know why it was so short. Perhaps Twitter was spooked by how fast news was spreading. Whatever the reason for the pullback, Twitter should support GIFs. Sure, they’re slow loading and can be overwhelming to look at all in a row (like on a feed), but give the people what they want. People have found countless ways to create GIF avatars, usually coming up with new loopholes than the service could close them.